Khadi All set to Get its Due: From ‘Huts to High Street’ The important catch in this initiative I feel is, that at a premier institute like IIM, Ahmedabad which is supposed be the think tank of India; if even 10% of the scholars choose to join an enterprise to promote Khadi, it could be a game changer. What Khadi is lacking right now is contemporary designs and marketing. If it is picked up by designers, it become an expensive affair for masses. If it is designed by a non-experienced person, its not wearable at any special occasion. Today, Indian market is flooded with options in clothing, in such a scenario, product quality, packaging, styling to make it comfortable for daily usage becomes an important section. This is where we need brain storming, collective effort to make Khadi reach at a level,where it becomes a need on its own merit. 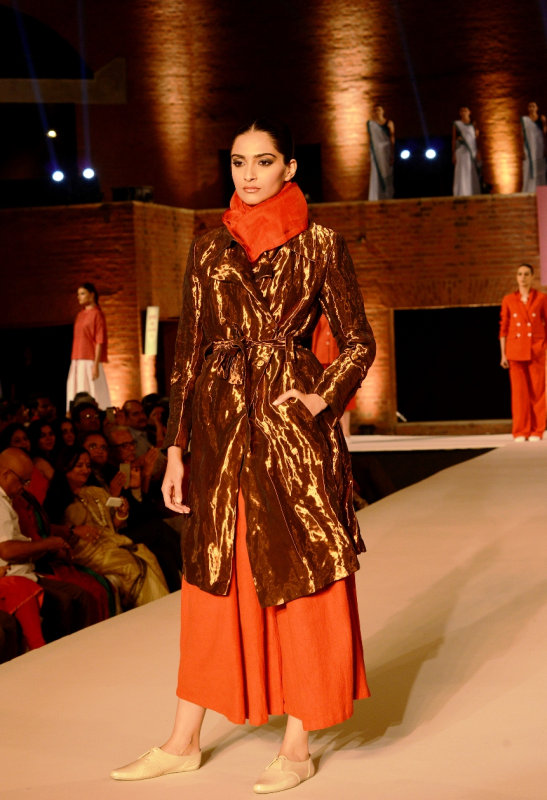 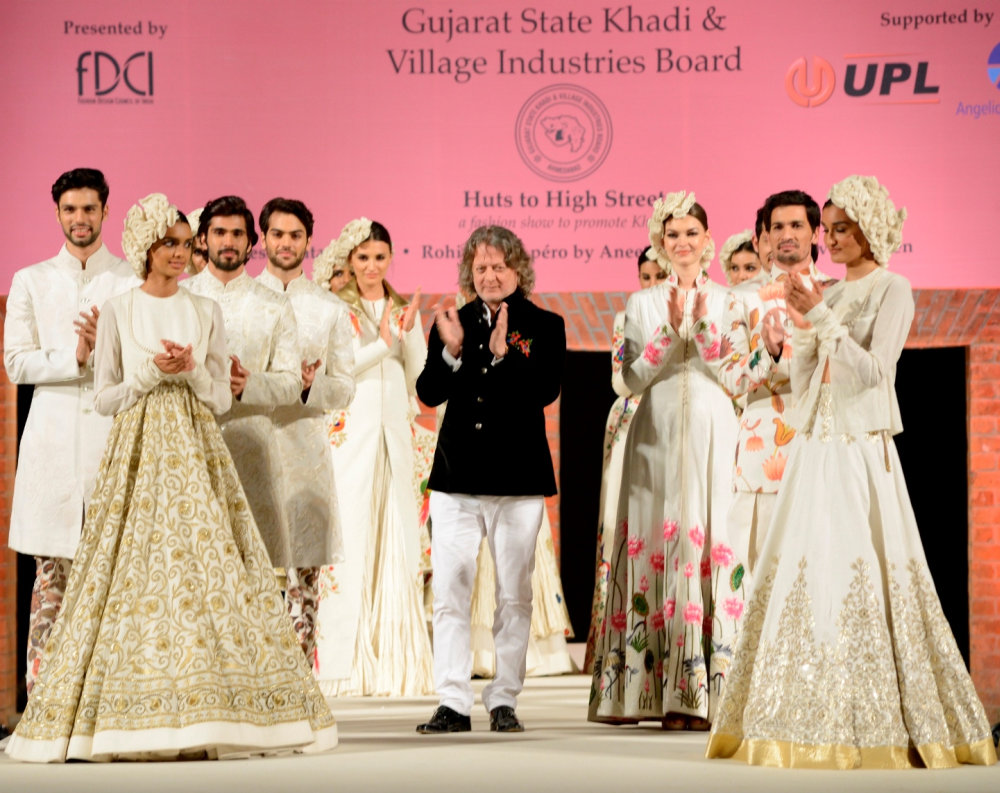 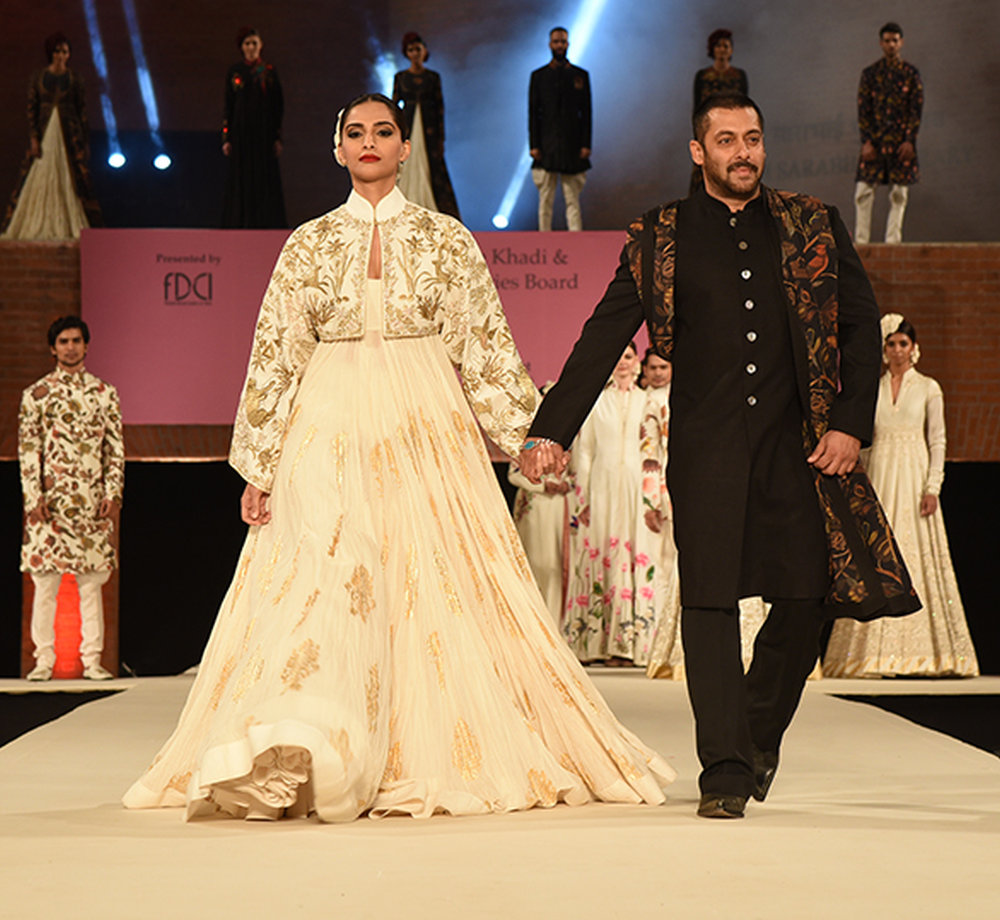 The inimitable Salman Khan and Bollywood sweetheart Sonam Kapoor walked the ramp in an ensemble designed by Rajesh Pratap Singh and Rohit Bal, in a bid to promote indigenous khadi. People are waiting for their ‘Prem Ratan Dhan Payo’ movie this festive season. By walking the ramp for promotion of khadi will reinstate to buy khadi in this festive season.

On completion of a successful event Mr.Sunil Sethi, President, FDCI said, “We are honoured to have taken our association with the Gujarat State Khadi and Village Industries Board, a step further to catapult Khadi through an even bigger second edition of this magnificent showcase. This initiative will help promote languishing weavers who will be enabled with employment creating a market for this India cool fabric. It is an honour to have a show at Louis Kahn Plaza of IIM Ahmedabad. ” 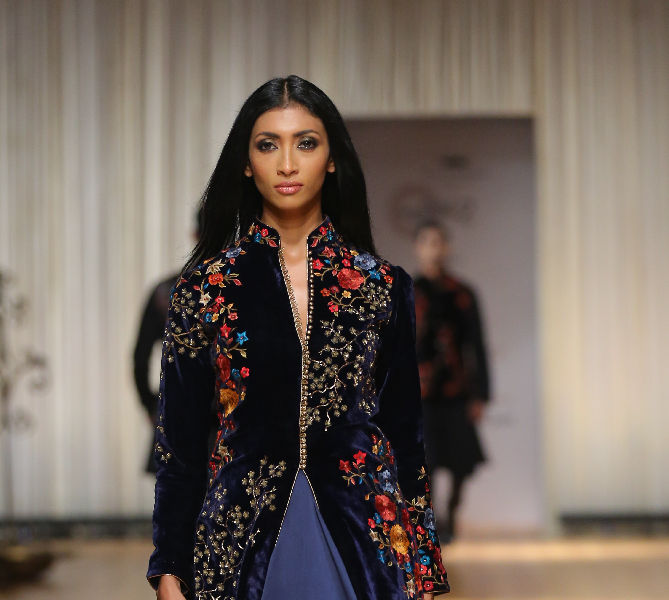