“Youth, fashion and technology hold the key to the future of handlooms. “-Mr.S.K.Panda [Morning of Banaras, evening of Awadh, and night of Malwa!
In every thread that is weaved-we find verses of Kabeer and every holy dip in river Ganges brings a prayer for Nirvana, Banaras’s essence is only this-only this.]
One of the ancient city of India, Banaras aka Varanasi is known for its mysticism. Its known not only for its culture, its ghats,  but also for its harmony. Ganga-Jamuni tehzeeb, sufism, Bhakti-everything and everyone is welcome here with equal energy, equal positivity. I feel its the in-depth fabric of the culture which has given shape to a fabric which is synonymous with auspicious occasions i.e. our very own Banarasi Weaves. For ages, Banarasi Sari is a must for any newly wed bride in northern part of our country. Its age old traditions, weaving, heritage value is same as it was.

Due to advent of power looms, commercialization, global changes in trends, global of of Indian dressing had made an impact on the weavers of Banaras. Though its not as disastrous as some of other weaves of India, but still, hand loom is definitely facing tough time in matching the pace with the fast changing world. Our PM Mr.Narendra Modi, who is a Member of Parliament from this pious city as well, has showed keen interest in upliftment of weavers, gave Ministry of Textiles a vision through Make in India. To keep the Government of India’s commitment towards the social and economic development of handloom weavers, the Development Commissioner for Handlooms, Ministry of Textiles held a show on Sunday, 15th November, 2015 to promote the Handloom Mark and the Banaras textile as part of the India International Trade Fair (IITF) 2015 at Pragati Maidan.

Conceptualised by FDCI with a collection by designers and master weavers from Ekaya Banaras, the show ran over four segments and paid tribute to the heritage-soaked craftsmanship of the weavers of Banaras. The collection brought contemporary silhouettes, Gharara,Sharara, tunics apart from its signature sarees. Ace choreographer Harmeet Bajaj added a new feather in her cap by designing the Pret section for Ekaya Banaras. Mr.Bharat Shah, Owner Ekaya Banaras said that he is highly optimistic about the market prospects of Banarasi weaves.  Mr.Bharat Shah also shared that he has a team of 8000 weavers with him, which makes Banaras Ekaya  one of the biggest chain in retail of the same. The weavers work in tandem with him and understand the market requirements, and are ready to experiment with designs while keeping the heritage value.

Here is a glimpse of the offerings & designs: 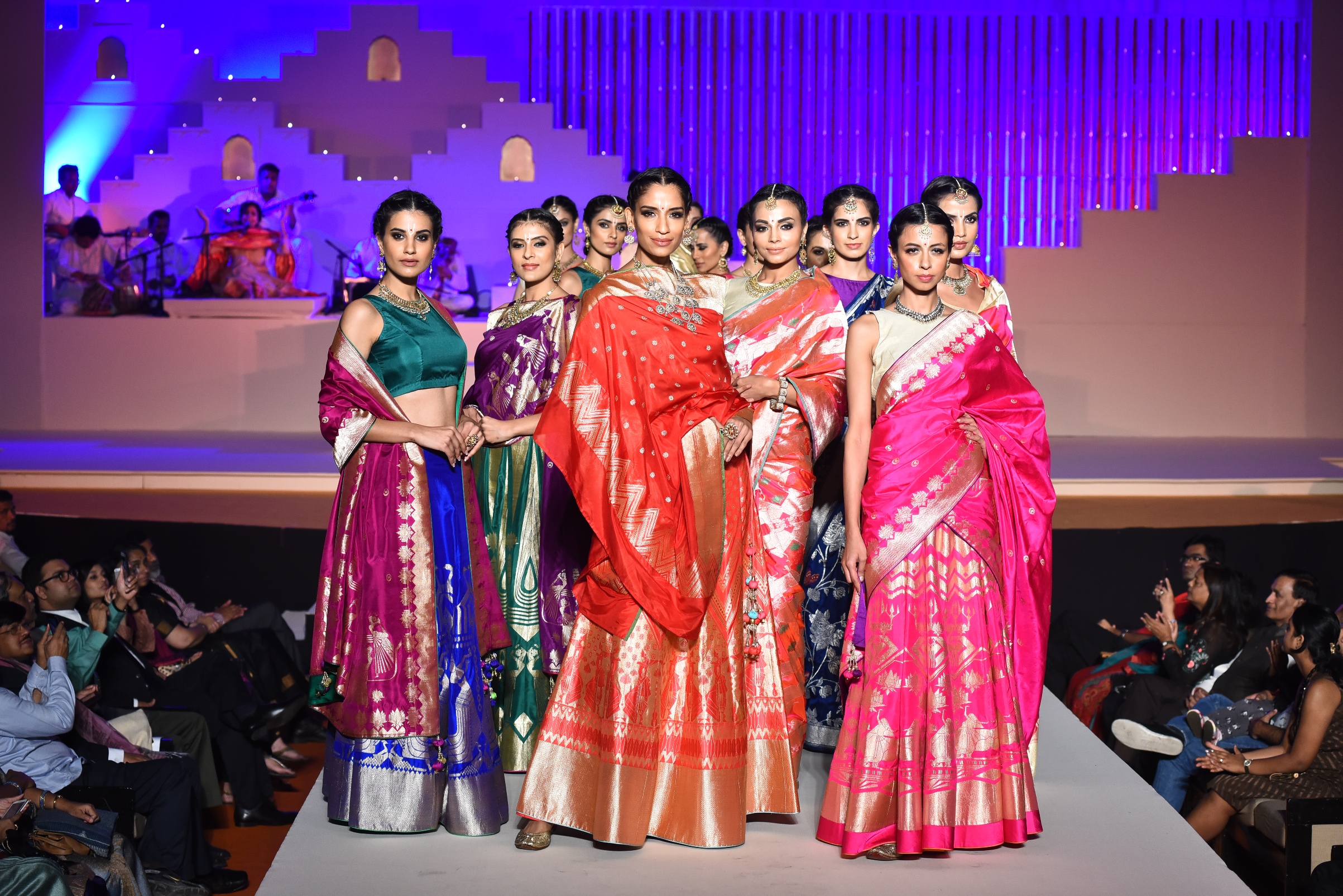 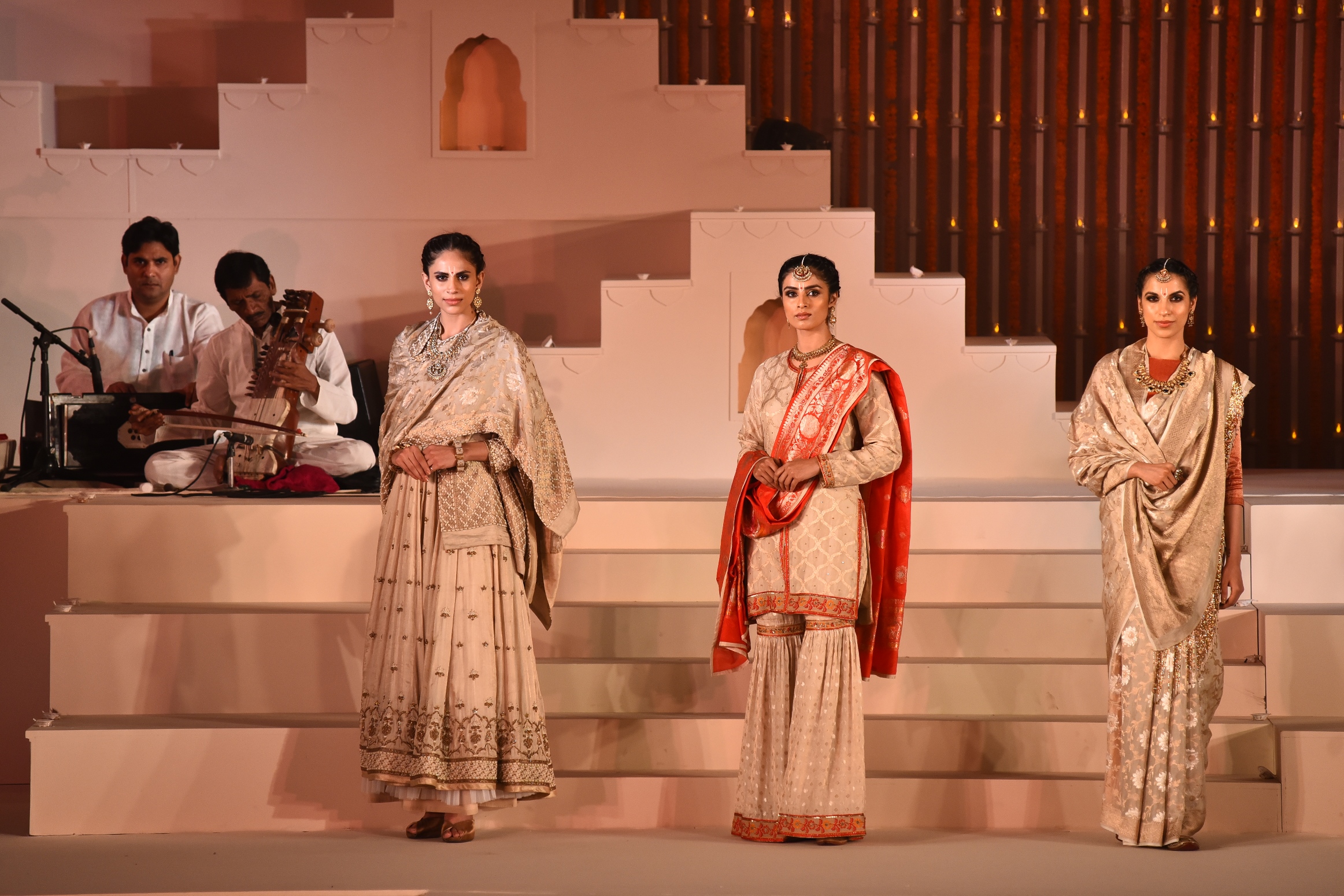 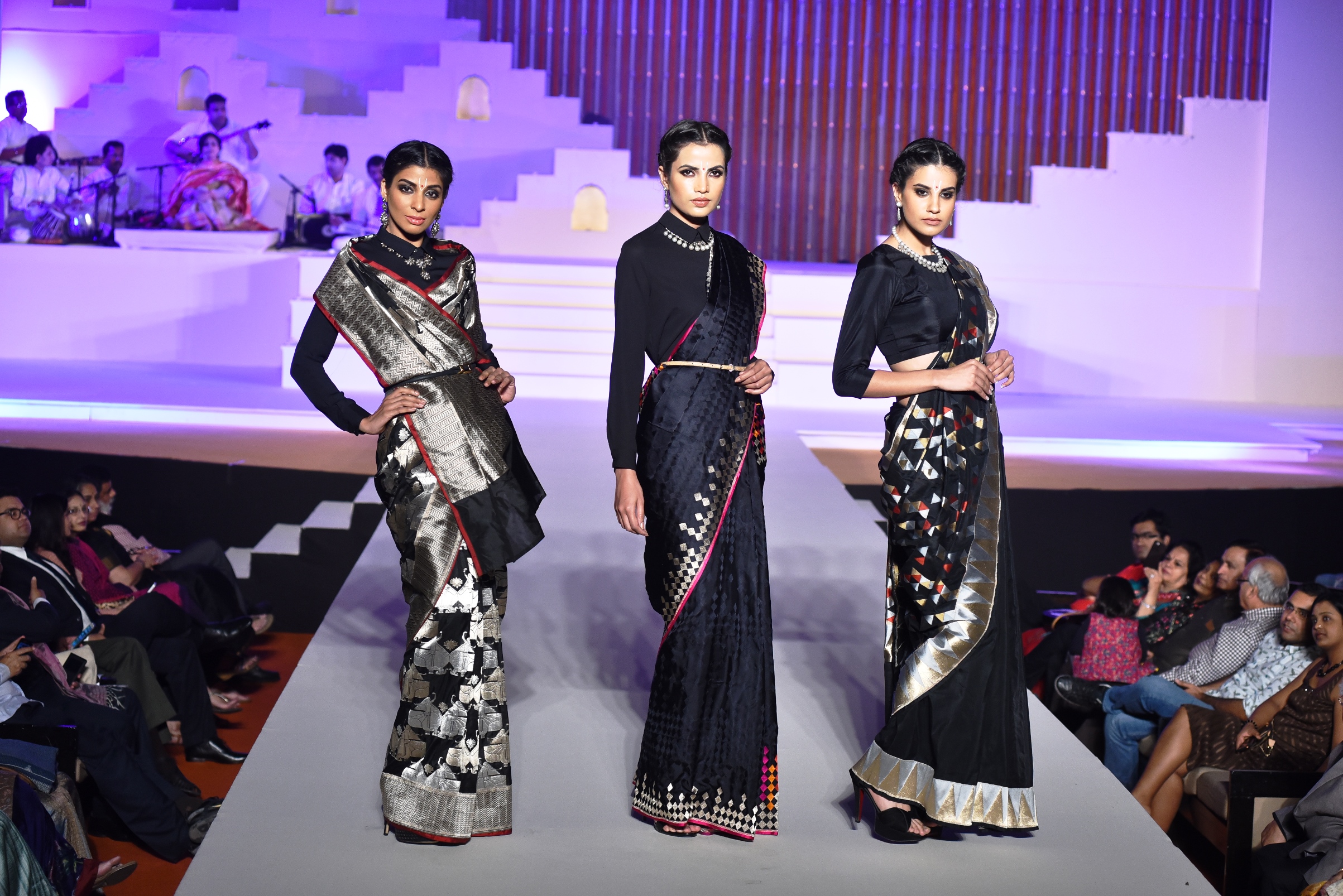 The idea of Amazon is to be able to make designer clothing accessible to every part of this country:Nari