“I want to sing like the bird sings not worrying about who hears or what they think.”

On day 3 of India Couture Week,2016 , the fashion aficionados were waiting for ace international designer RAHUL MISHRA’S show in the evening. Rahul Mishra, who debuted in couture world last year only, has won many laurels every year since inception. His last year’s collection was a couture with a difference. In India, where couture means red, organce, dark pink colours- Rahul reiterated its definition with a difference too by presenting couture in white, beige, pastel shades and won many hearts. This year the expectancy from him was higher, as was evident from the discussions among media and fashion fraternity. But Rahul Mishra followed his  heart as stated in the above quote, mentioned by him in his press release and presented ‘Monsoon Diaries’ at Delhi and stole the show. Everyone in media section simply said ‘wow’ at each design walking the ramp.

The show Monsoon Diaries was openend by Sapna wearing a indigo Khadi Lehenga and showed his signature style of fine detailing. It followed by pastel shades, beige, pastel pistachio, black,and white colours. It was mix of Lehngas, Gowns, Sarees with Kedia tops and much more. The completely handmade collection had interpersed detailing in abundance, making it a visual delight. Inspired by German biologist and artist Ernst Haecketl’s (who discovered, described and named thousands of new species) work Art Forms of Nature, 1899, Rahul’s detailing also showcases nature and its beauty in a subtle form. Each design brings life to art by confluence of traditional techniques and amazing handwork and skills of gifted artisans and embroiders. 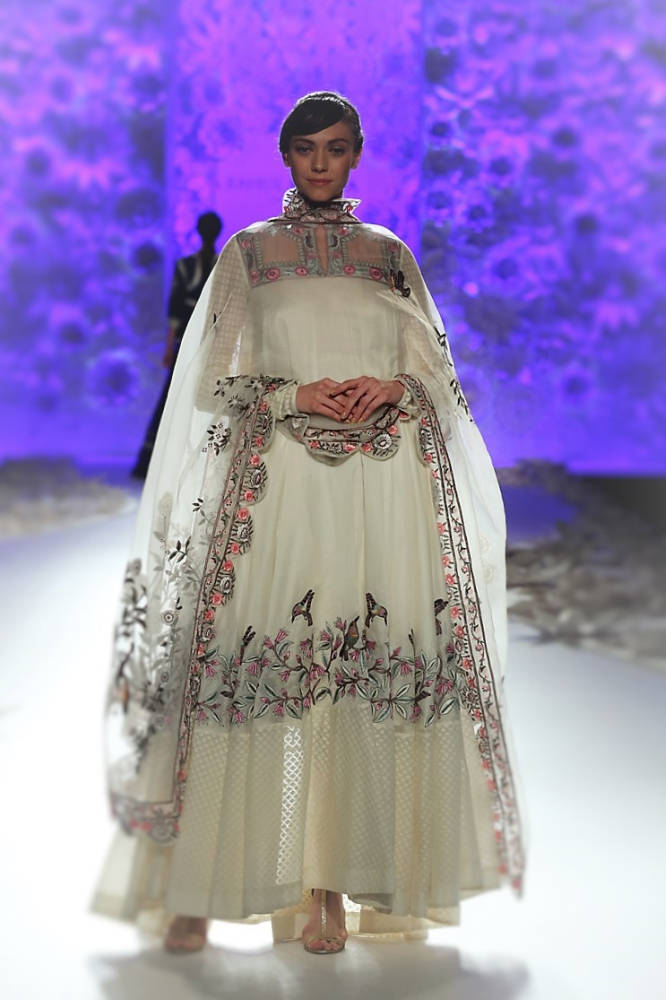 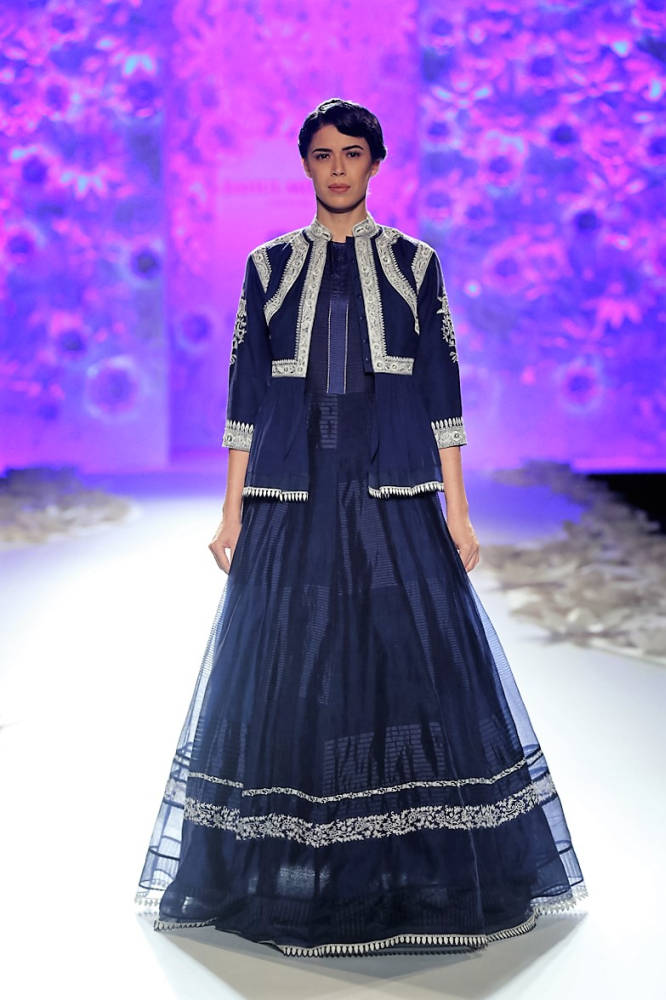 “This collection is an attempt to paint the emotion that riles up your normal and takes you into a euphoric bliss. “-RAHUL MISHRA