Crafted in India and Presented to World by The FDCI 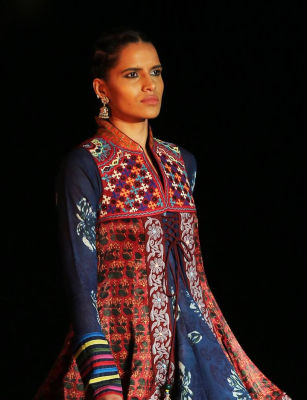 “Many of the advances in the sciences that we consider today to have been made in Europe were in fact made in India centuries ago.”

The Fashion Design Council of India (FDCI), the apex body of fashion design in India, showcased the reverenced heritage of the craft-seeped states of Madhya Pradesh, Gujarat and Rajasthan, as seen through the prism of brilliant designers at a fashion extravaganza held at the Italian Embassy in New Delhi.
The fashion show was part of the inaugural event hosted by the Italian Ambassador His Excellency Mr Lorenzo Angeloni to celebrate the association of the Italian Embassy with Heritage 365, an exhibition celebrating art and craft, garments and textiles, gems and jewellery, as well as lifestyle products and heritage travel of these three beautiful places.

Nine coveted designers including Aneeth Arora, Rajesh Pratap Singh, Rohit Kamra, Rina Singh, Samant Chauhan, Sanjay Garg, Swati Kalsi, Swati Ubroi and Ashish, Vikrant and Viral of Virtues presented their riveting ensembles representing the state they have been associated with. The energising fabrics, embroideries and techniques representative of the chosen states, interpreted in the unique idiom of each designer. The designs were fusion, addressing the taste of global fashionista. The most important point is, the designs were highly wearable and comfortable making it so appealing to the fashion fraternity.

The Ambassador hosted an exclusive sit down dinner by Michelin starred celebrity Chef Viviana Varese, to mark the occasion.

President, FDCI Mr Sunil Sethi, said, “Taking forward the vision of Make in India, we have seamlessly enlivened the innate intensity of Indian craft and textiles. The rich treasure trove of Rajasthan, Gujarat and Madhya Pradesh has been unveiled in the most magnificent manner through ubiquitous ensembles by these style gurus. We would like to thank the Italian Ambassador His Excellency Mr Lorenzo Angeloni and Mr Aman Nath, Founder Trustee, TNM Foundation for providing us this platform.”

The rendering of Madhya Pradesh was presented by Sanjay Garg, Samant Chauhan and Swati Kalsi. The colour palette, in the drama of black with variations of black and silver, black and gold and black and white. Each designer presented five outfits, in their inimitable style. Gujarat followed through the Indigo story, where Aneeth Arora, Rina Singh and Virtues presented their line, bearing their signature language in the hue. While the vibrancy of Rajasthan was captured by Swati Ubroi and Rohit Kamra and executed in khaki and catechu-A vegetable dye exclusively available in India. Veteran designer Rajesh Pratap Singh presented his state Rajasthan, in a collection that primarily had ecru and red executed in khadi, encompassing the barren landscape of rural Rajasthan. 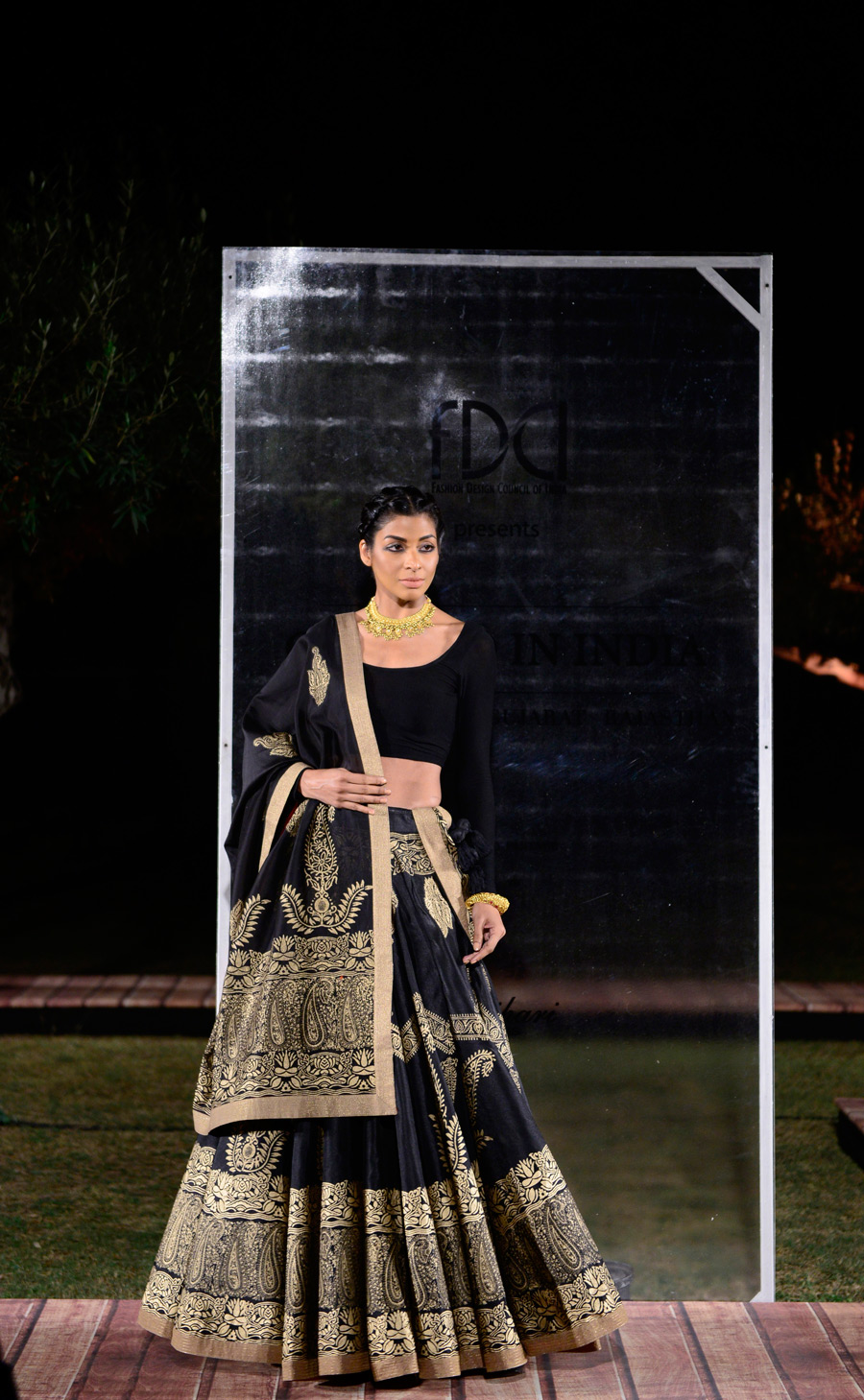 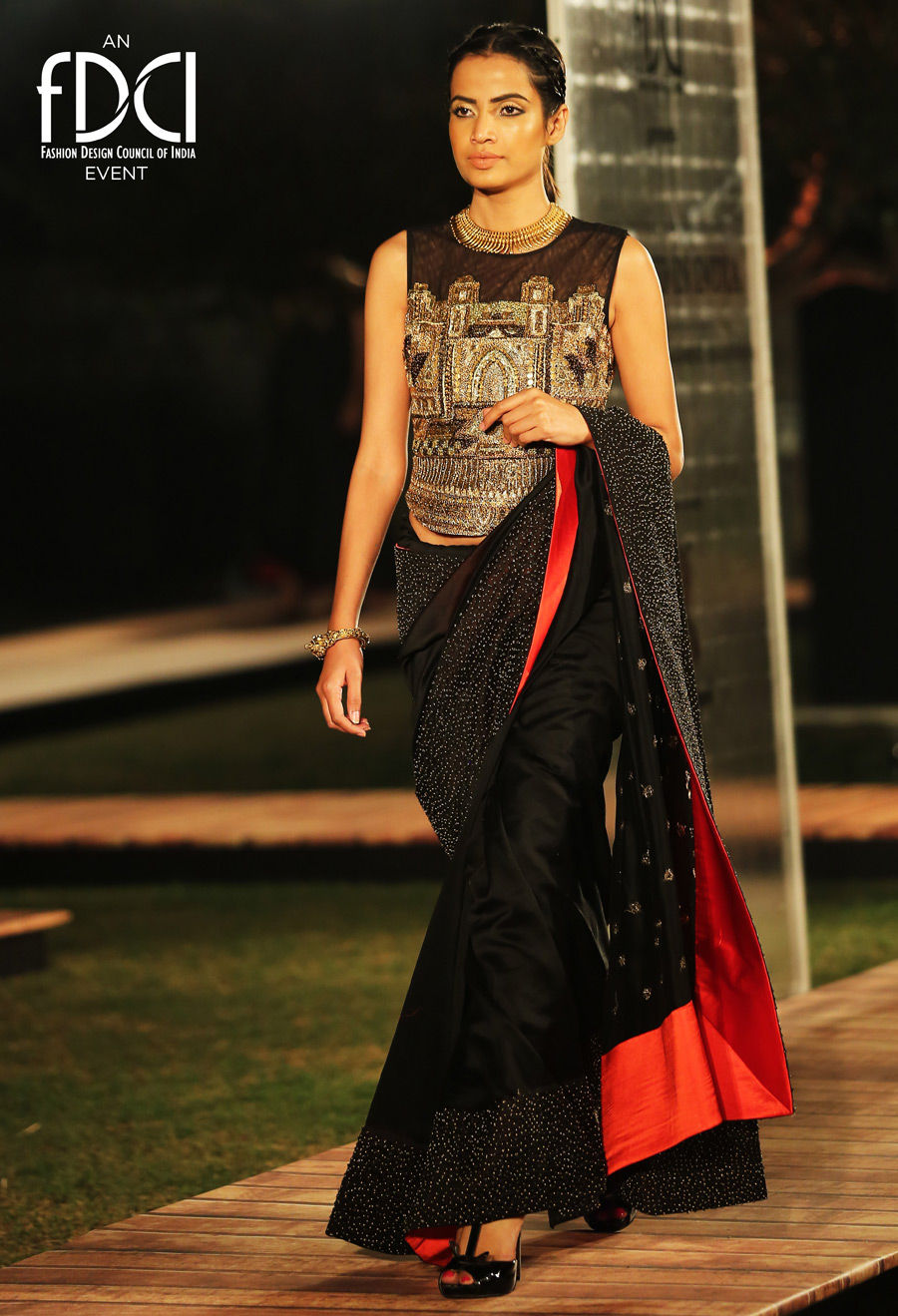 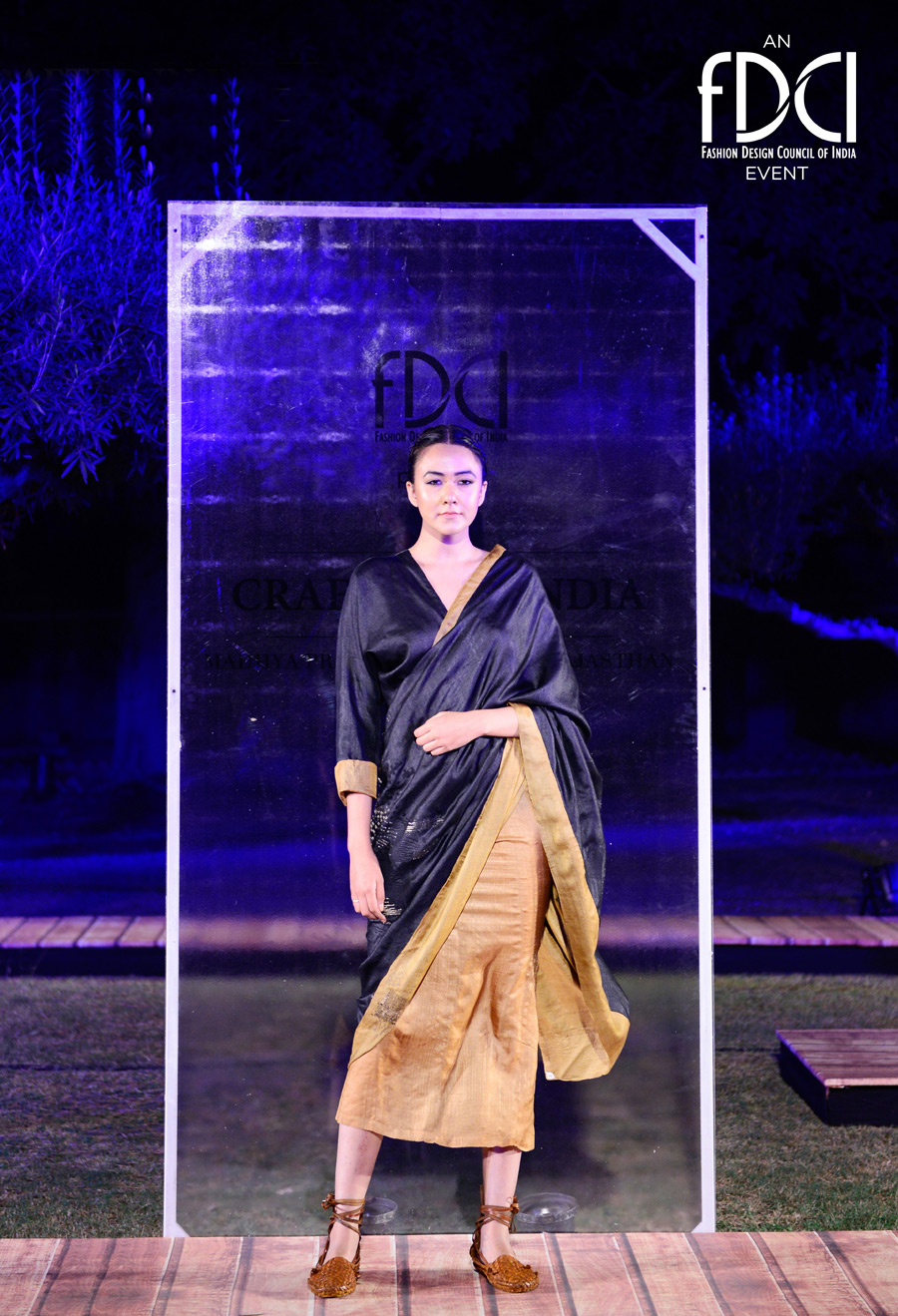 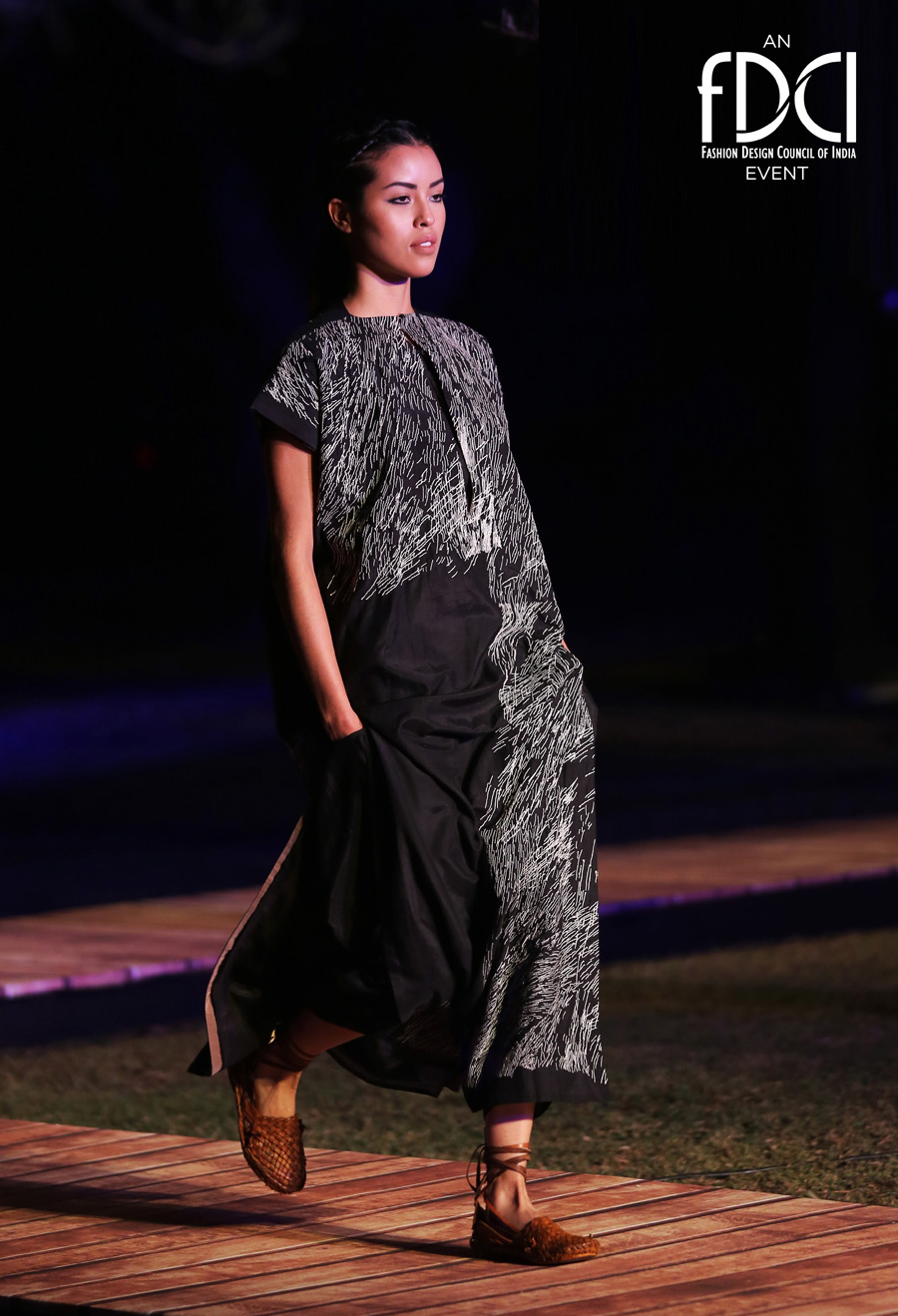 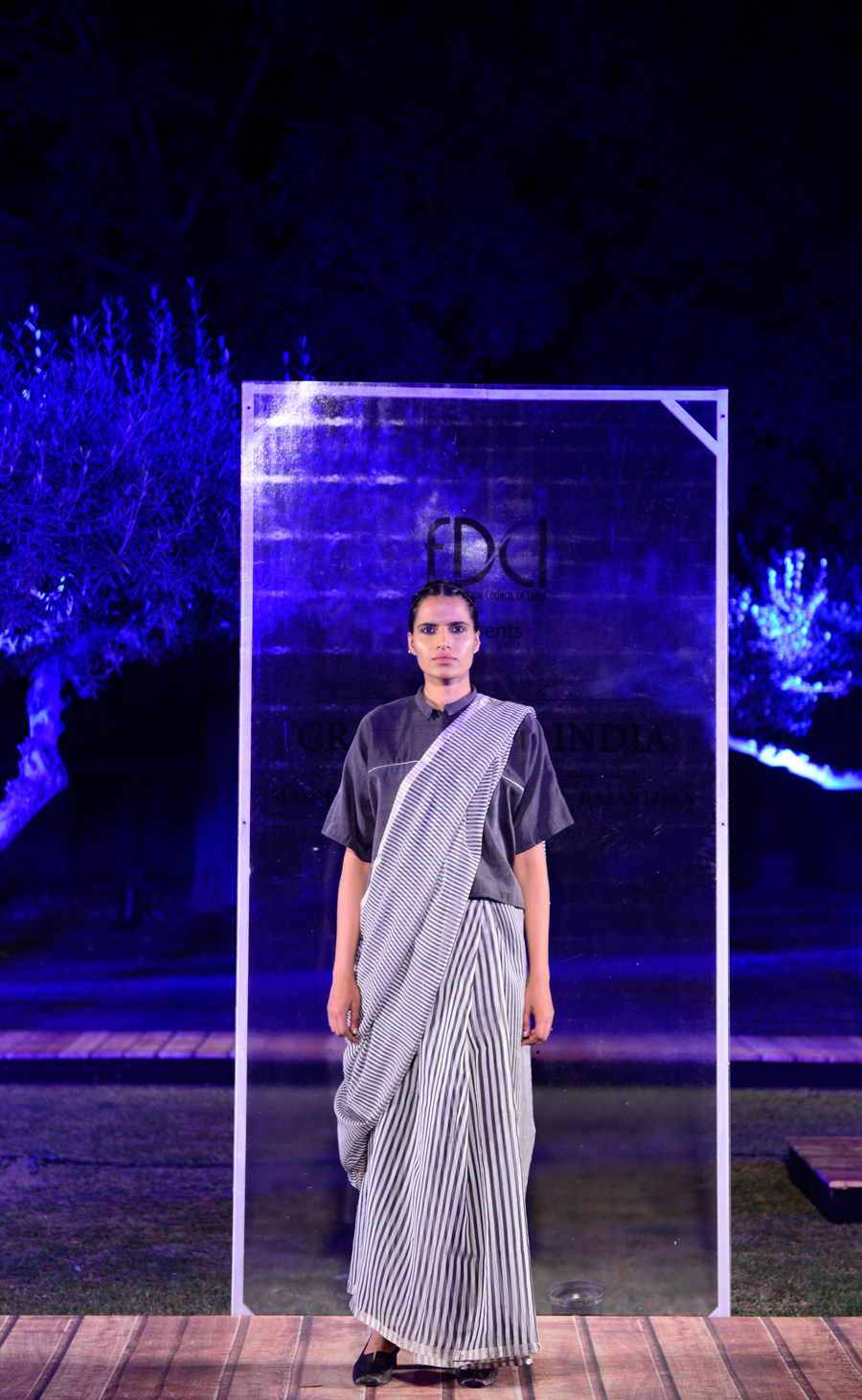 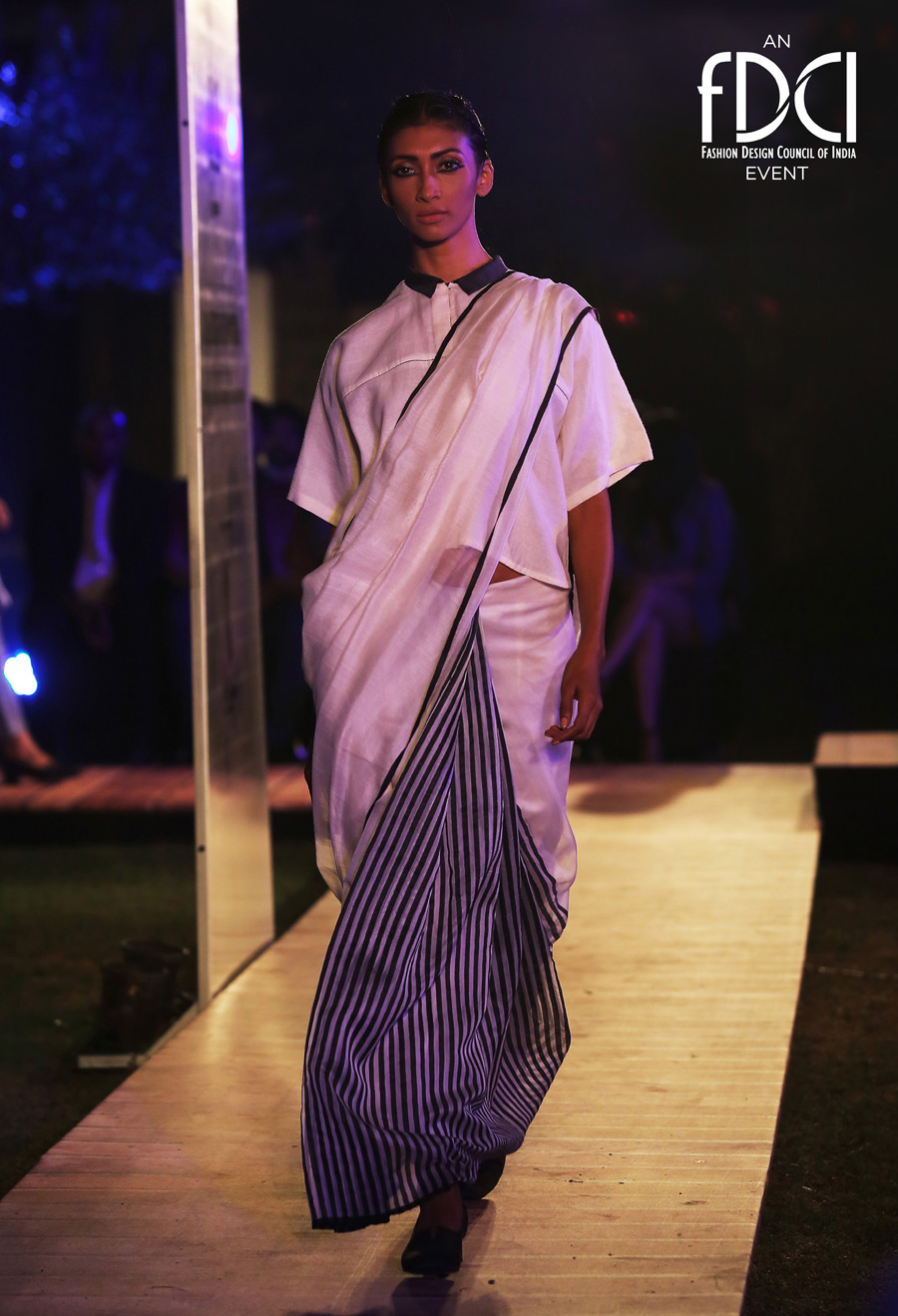 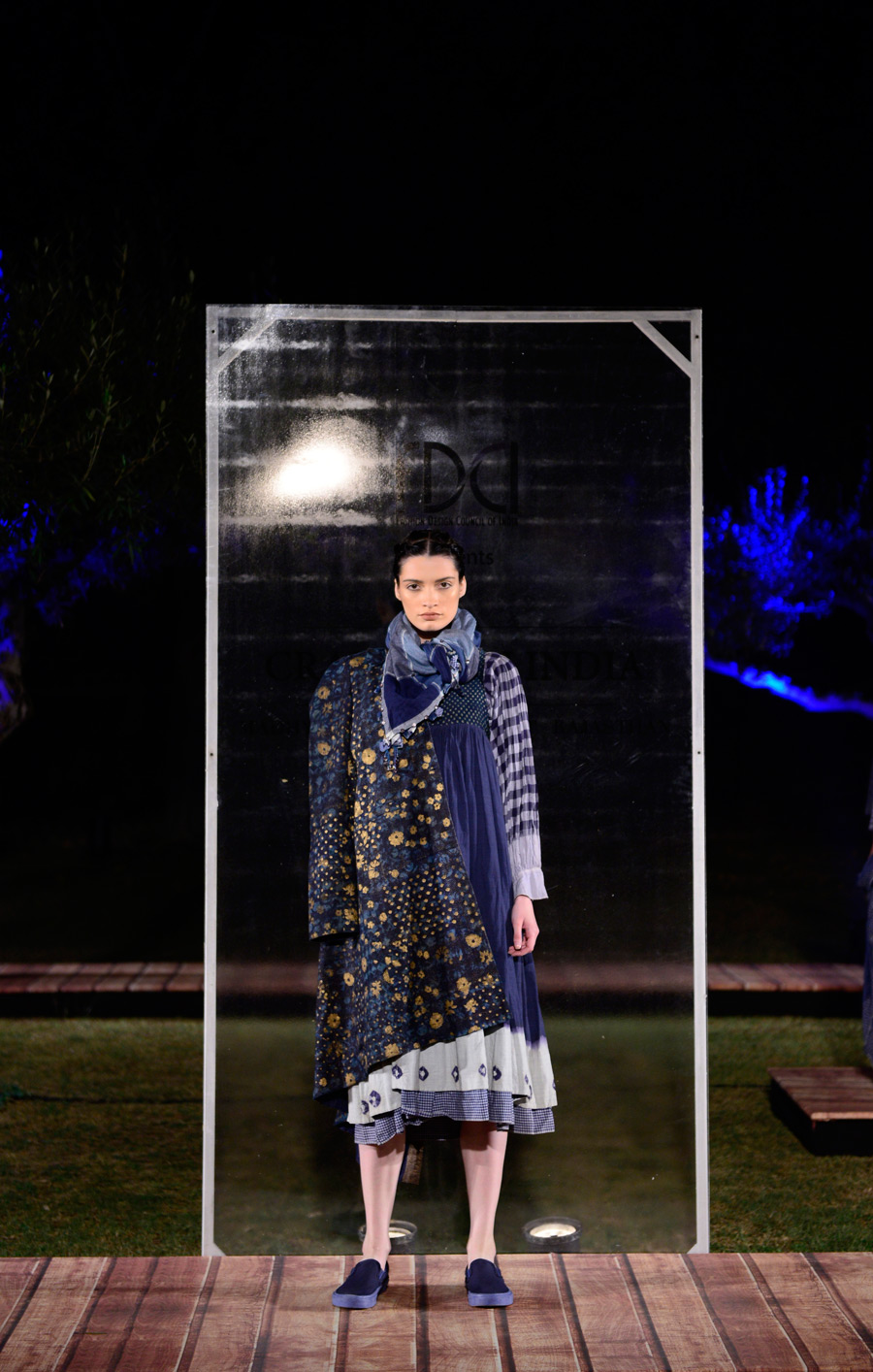 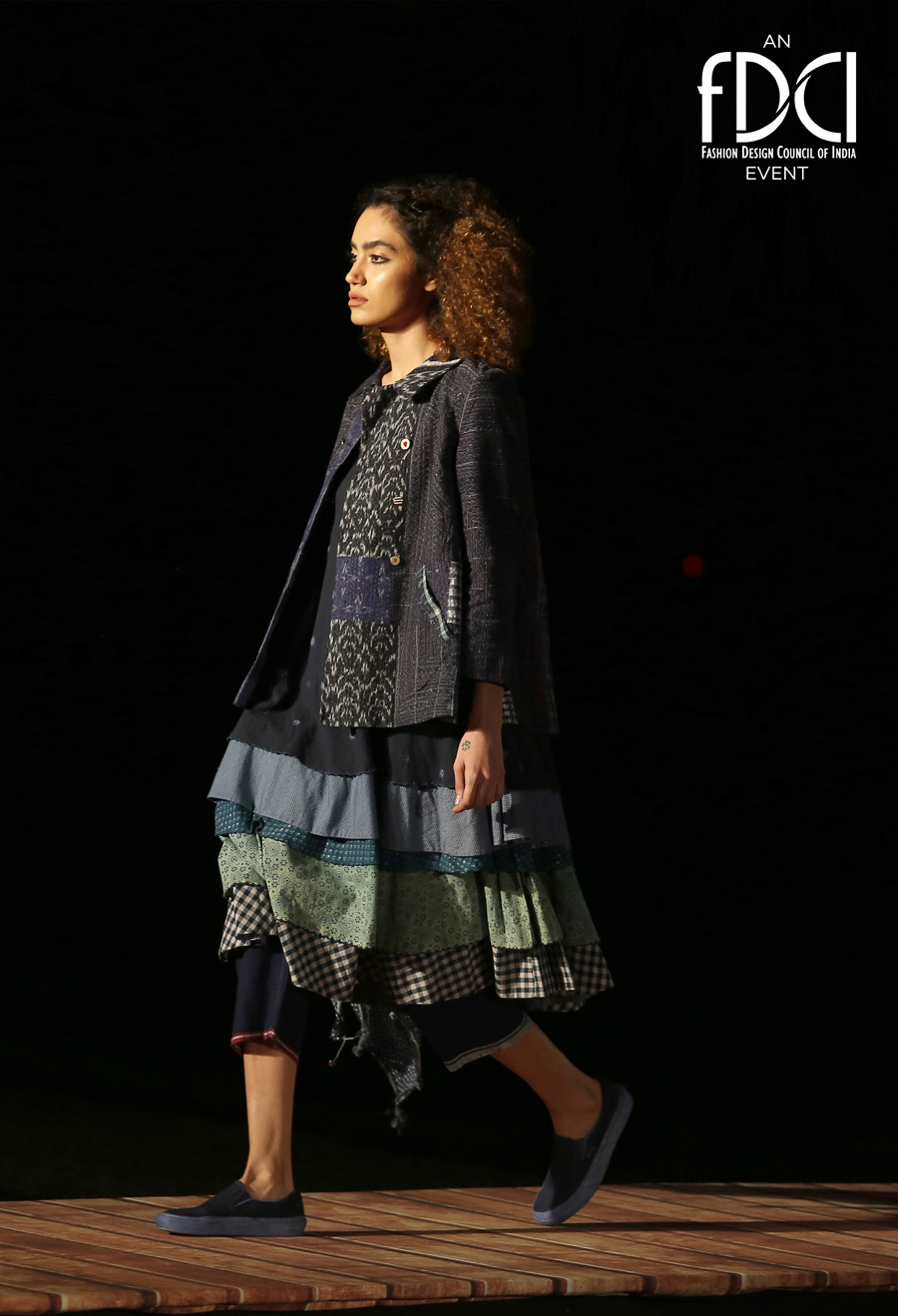 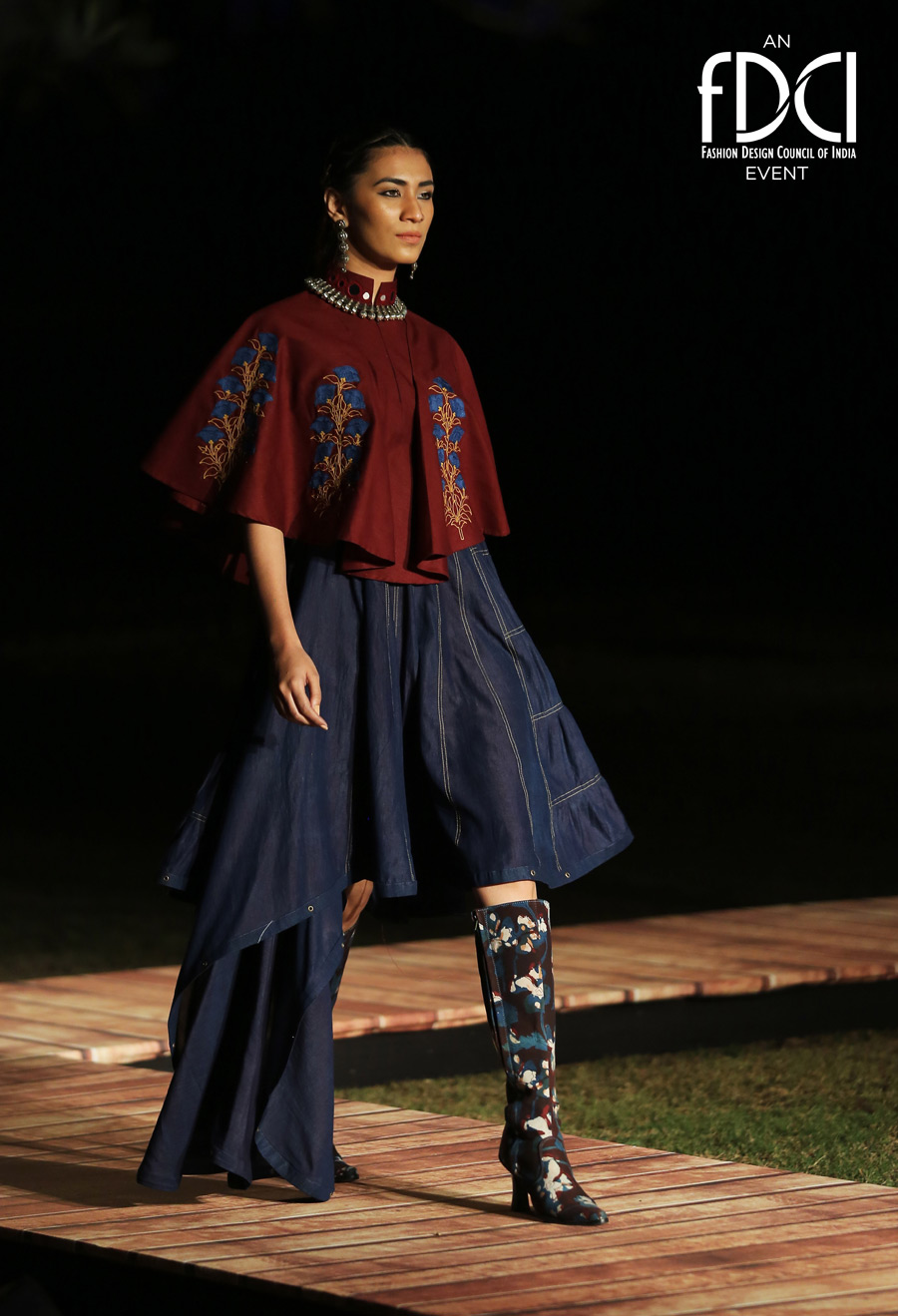 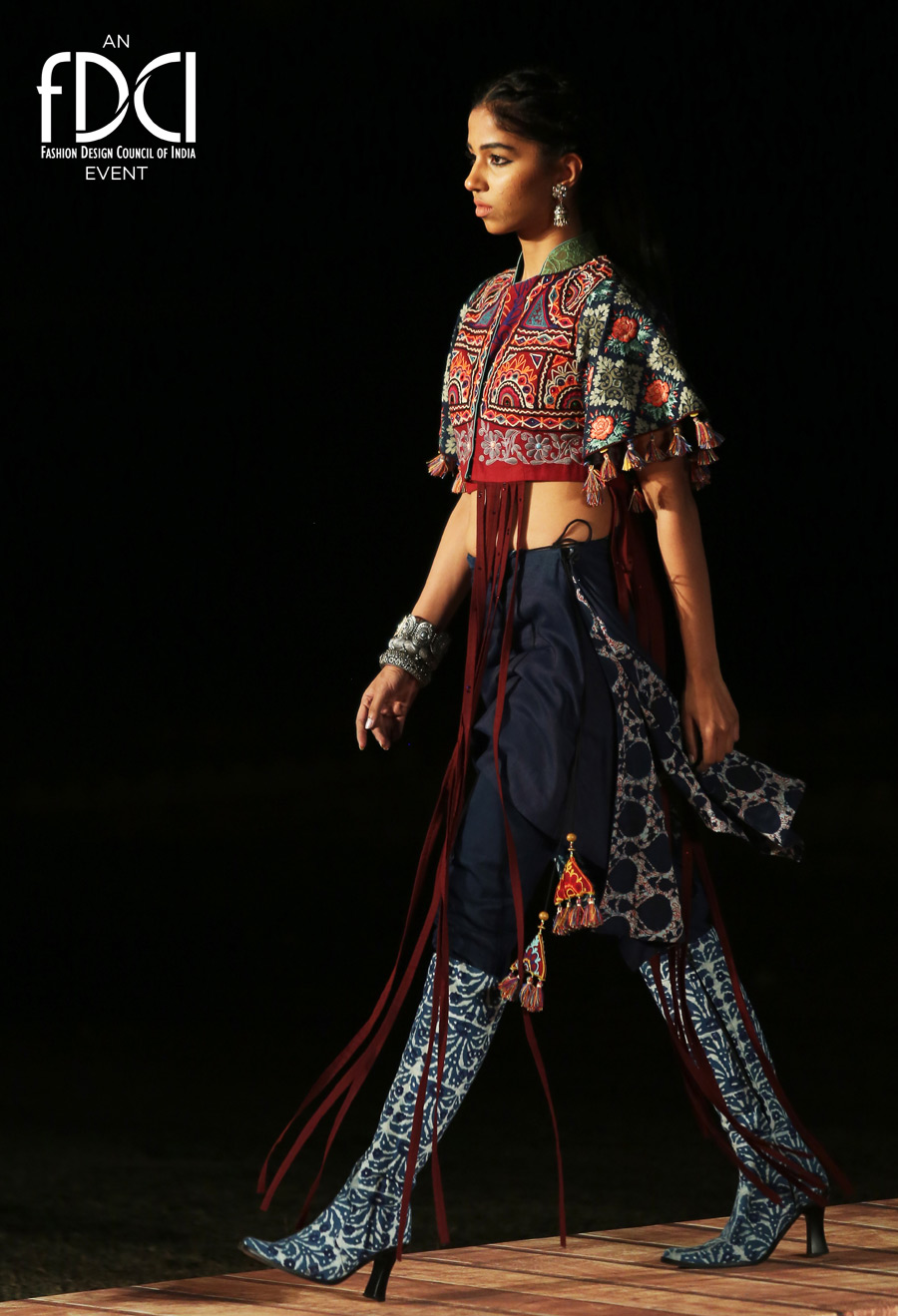 EKA by Rina Singh for Gujarat: 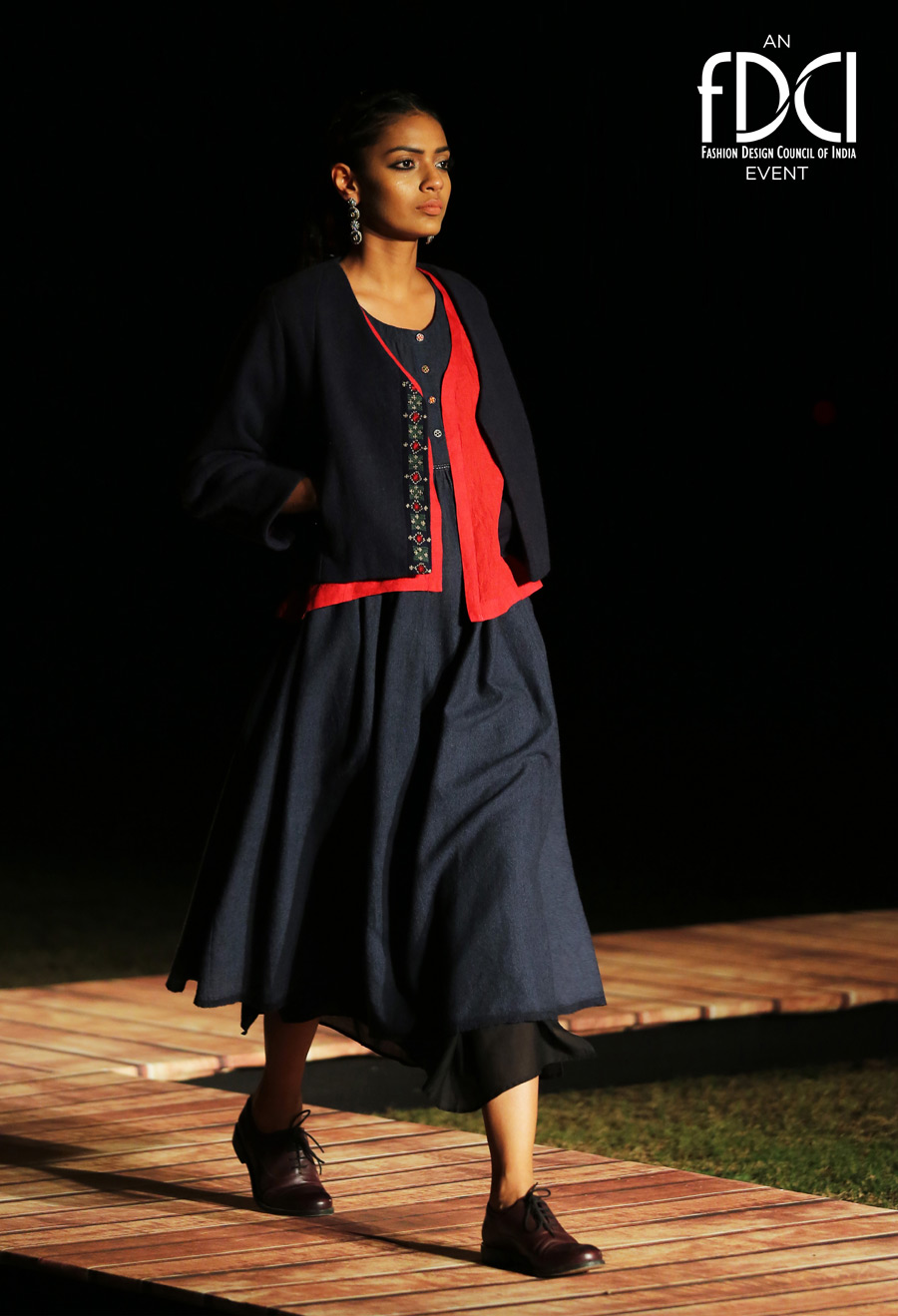 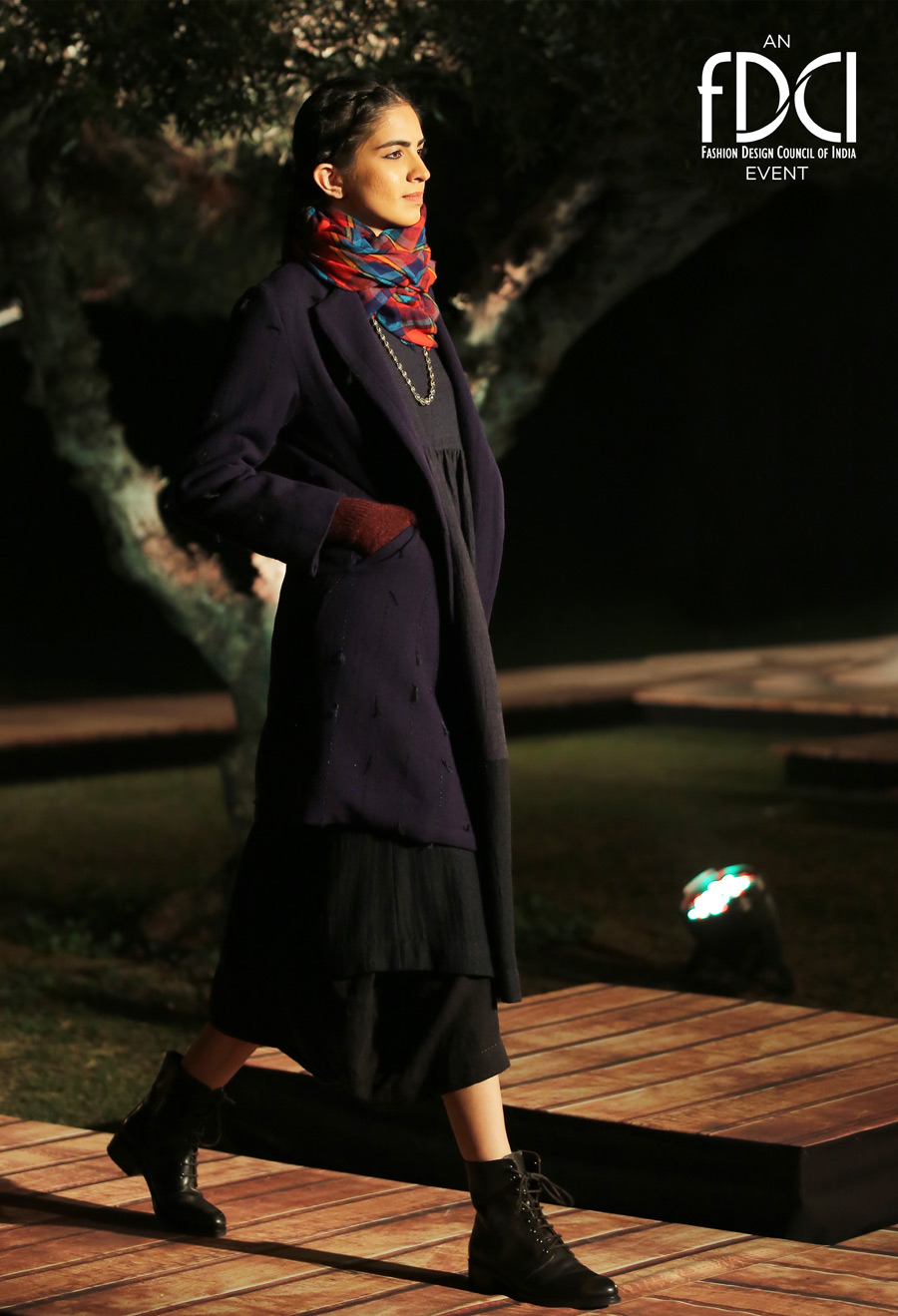 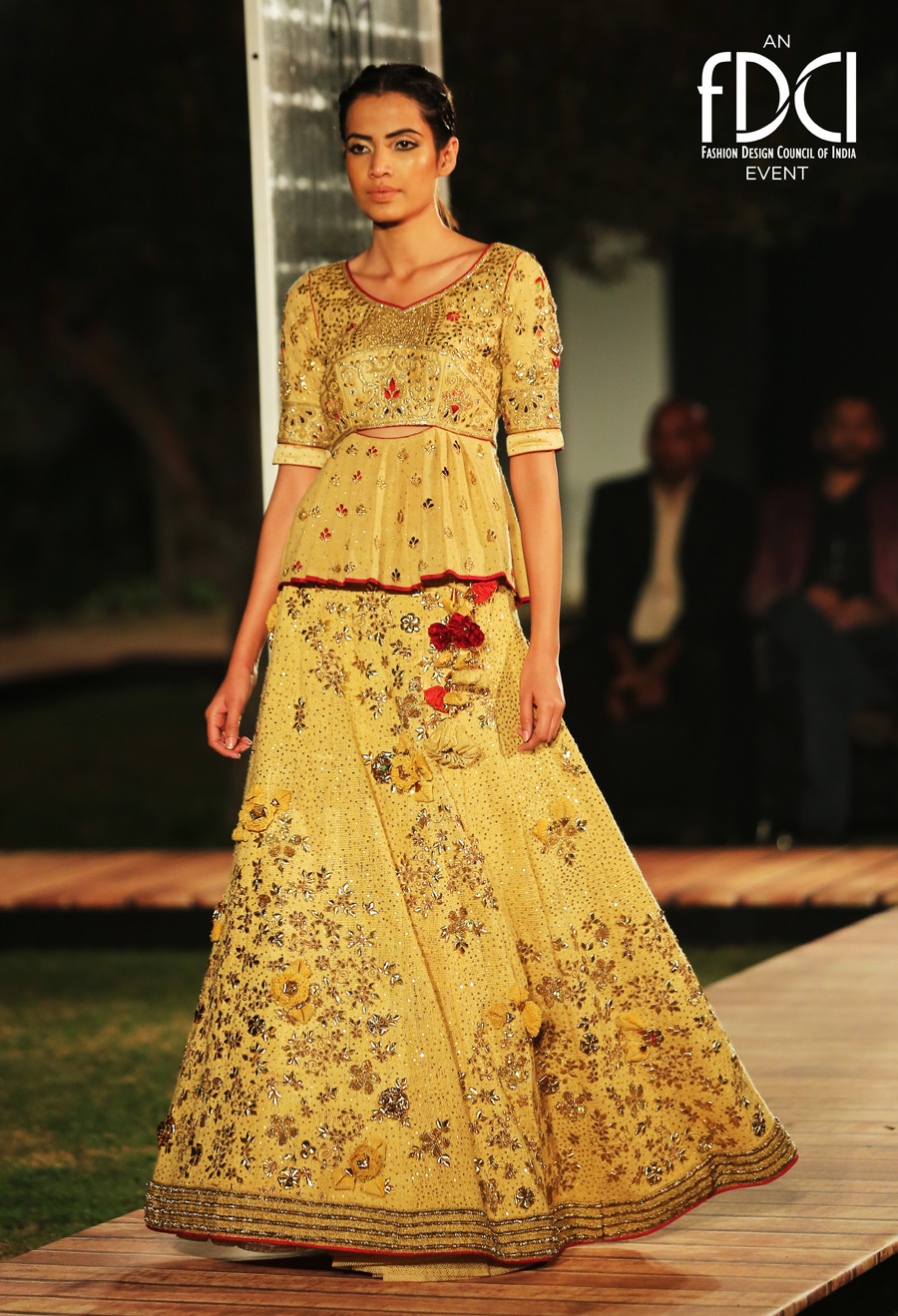 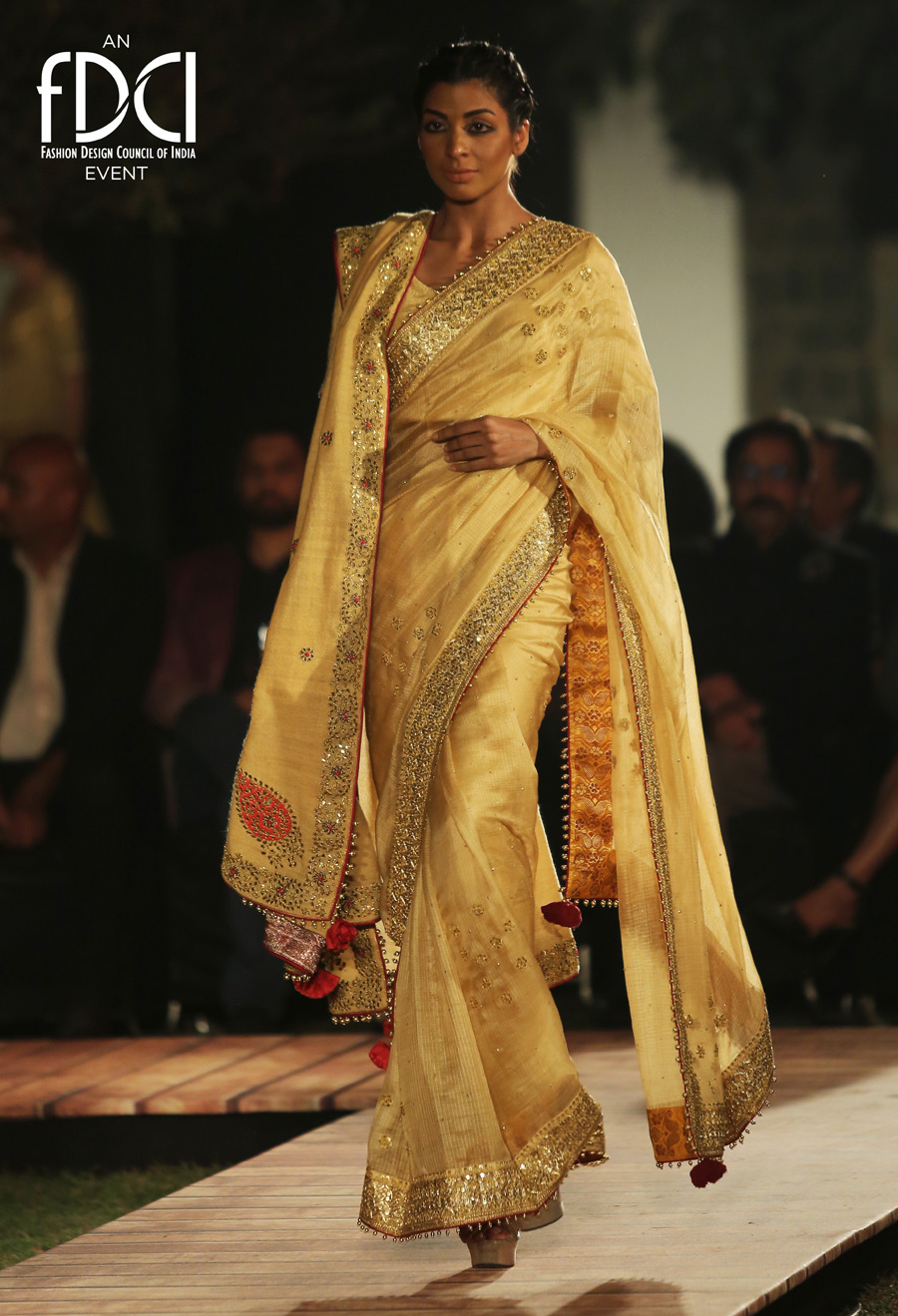 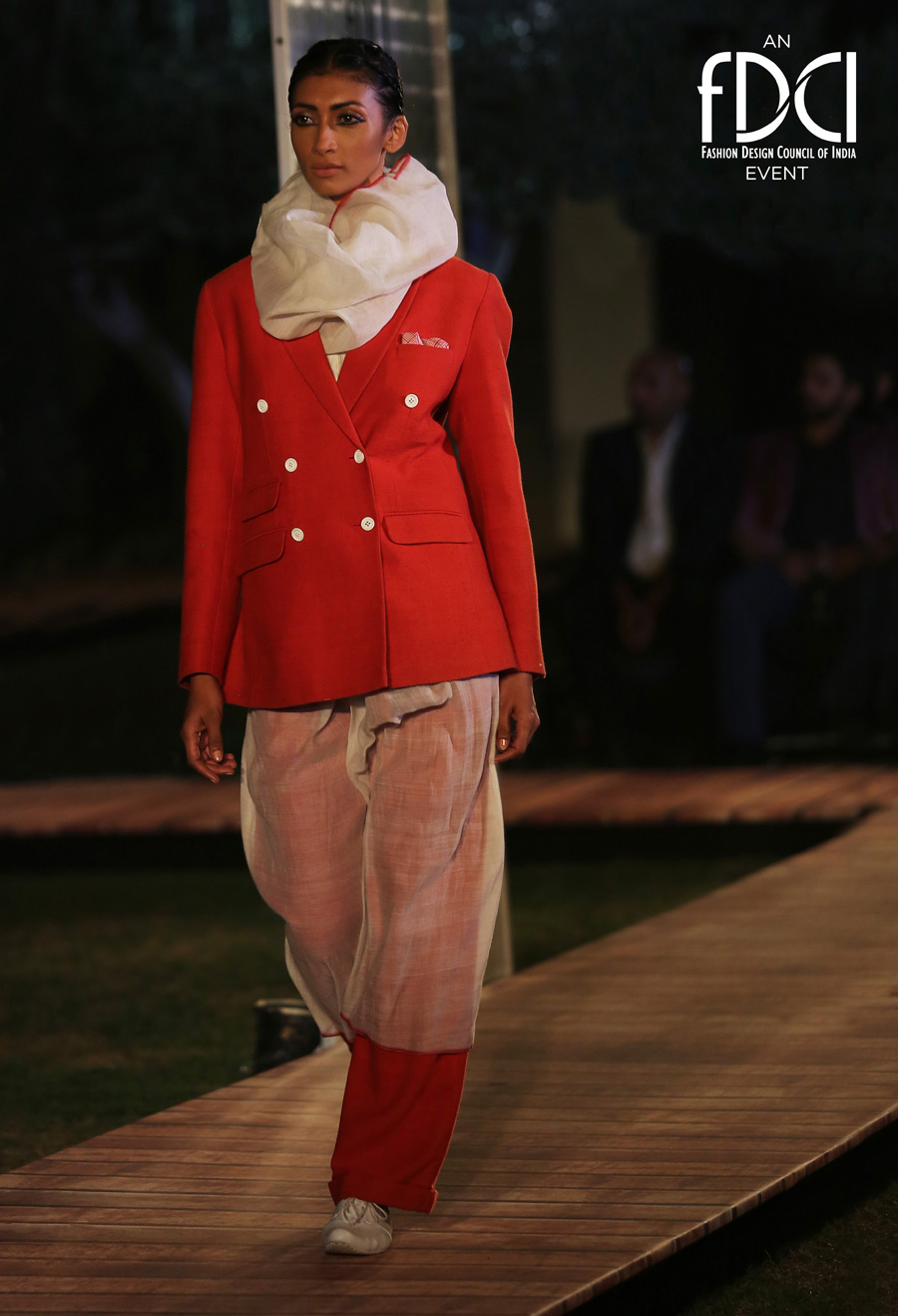 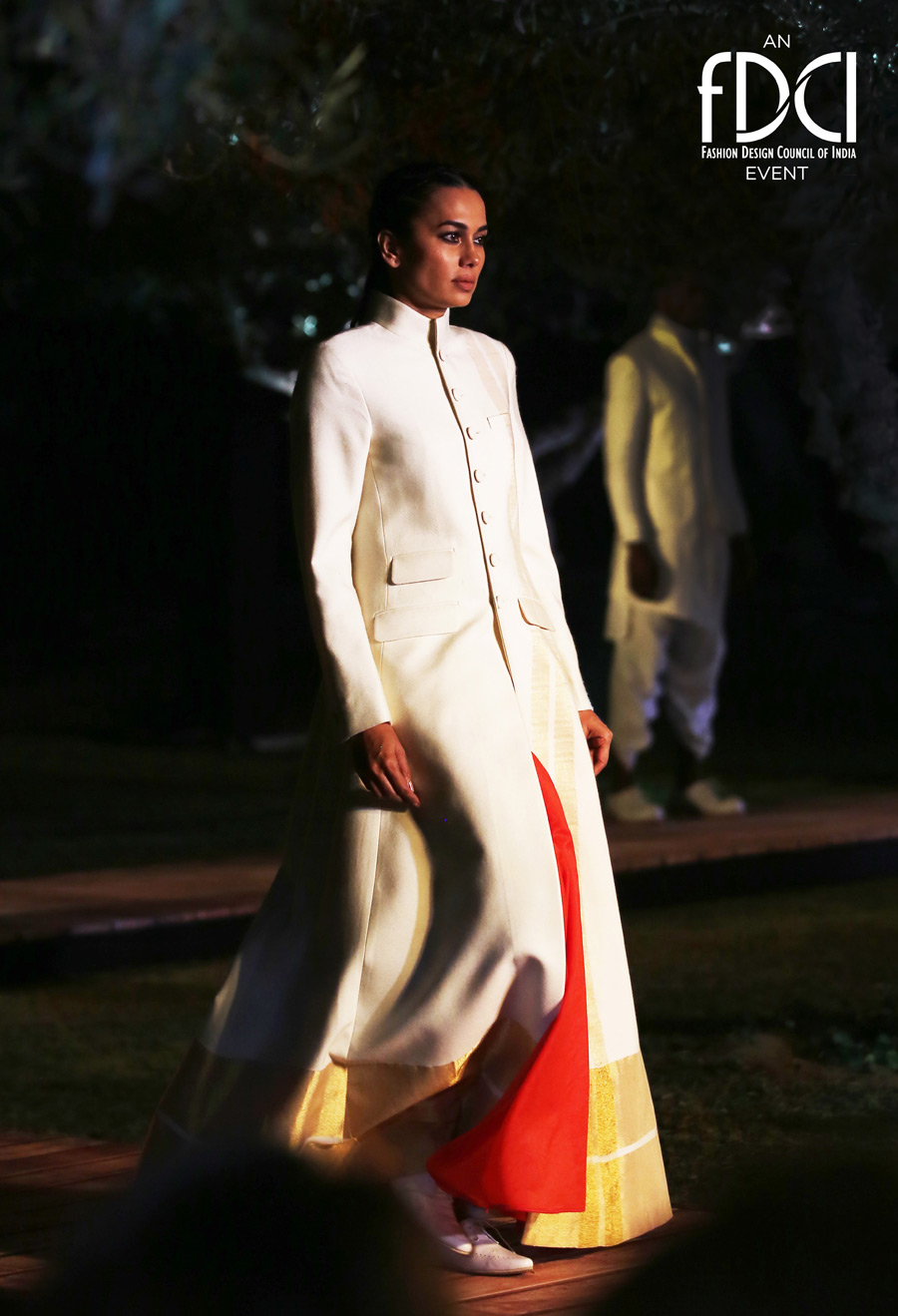