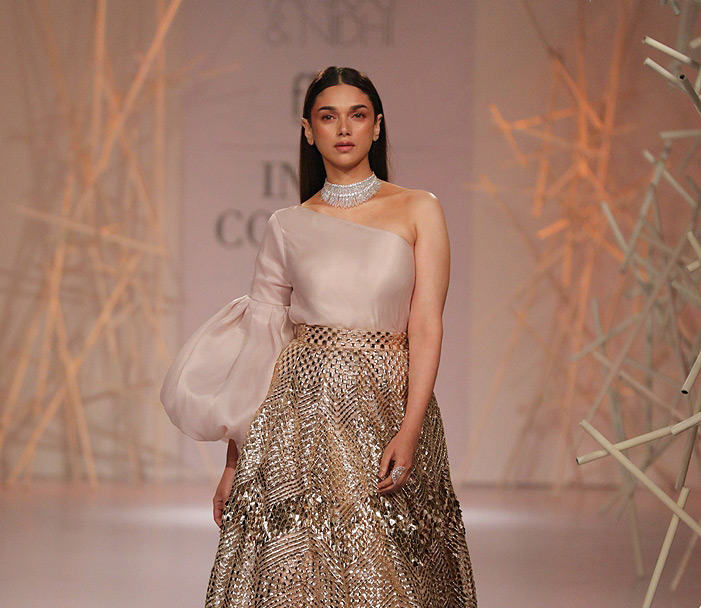 Designer duo Pankaj & Nidhi marked their debut at India Couture Week,2019 with their maiden couture collection ‘MOSAIQ’ . As the name suggests, Mosaiq takes inspiration from the decorative art form of the same name that originated thousands of years ago but flourished particularly in the 6th-15th century Byzantine empire,  when it was gloriously used on walls and ceilings in basilicas and churches. Their designs are  eclectic, make generous use of colour, and are inspired by craftsmanship, symbolic and cultural objects from across the world. Pankaj & Nidhi’s ensembles use a contemporary language, and target  women who prize authenticity.

Pankaj & Nidhi’s Collection 2019 pays tribute to this period of magnificent ornamentation by recreating the same magic with artisanal dexterity on textiles. Three-dimensional, hand-cut appliqués and precision inlay work with metallic fabric biscuits have been rendered on translucent tulles and satin organzas to give a breathtaking effect to the garments. Precise and geometric embellished motifs turn a medieval inspiration into a graphic vision for the future. The iridescent colour palette ranges from quarried greys, citrine yellows and sapphire blues to molten gold and silver in modern, red-carpet ready silhouettes for the new-age woman. Aditi Rao Hydari walked the ramp as show stopper for Pankaj & Nidhi. The couture is highly wearable due to its versatility. Jewellery was specially designed by House Of Aynat by designer Tanya M. Sood. 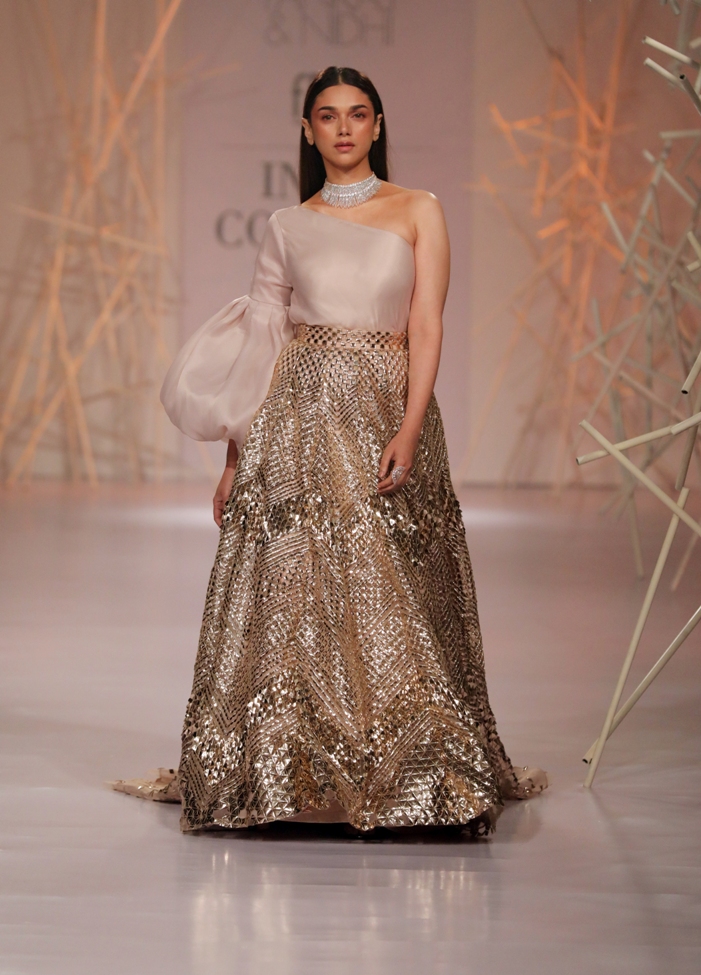 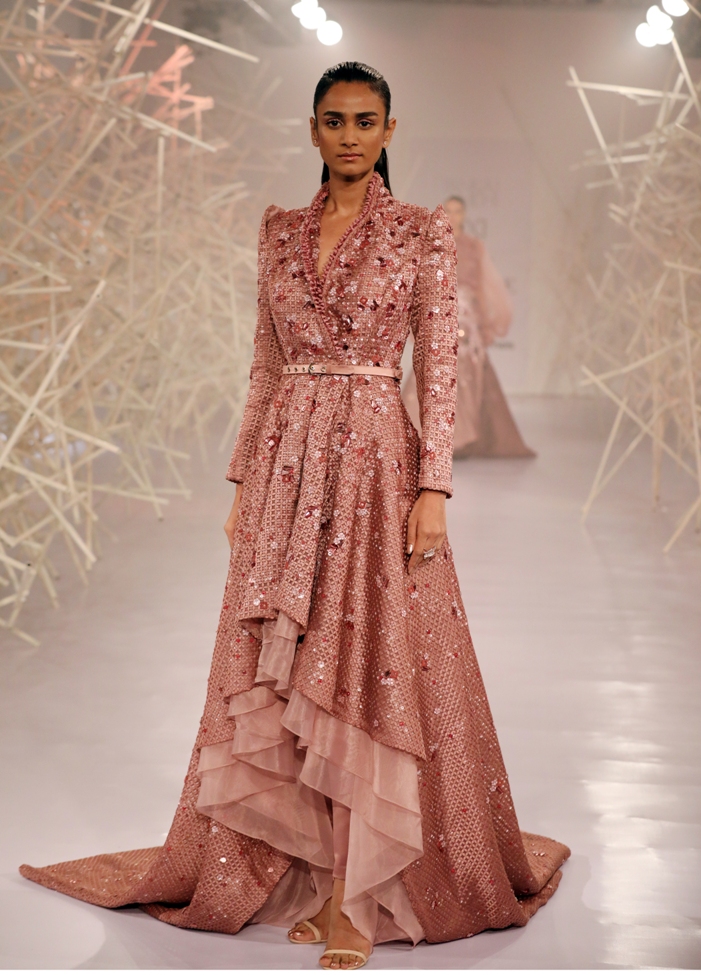 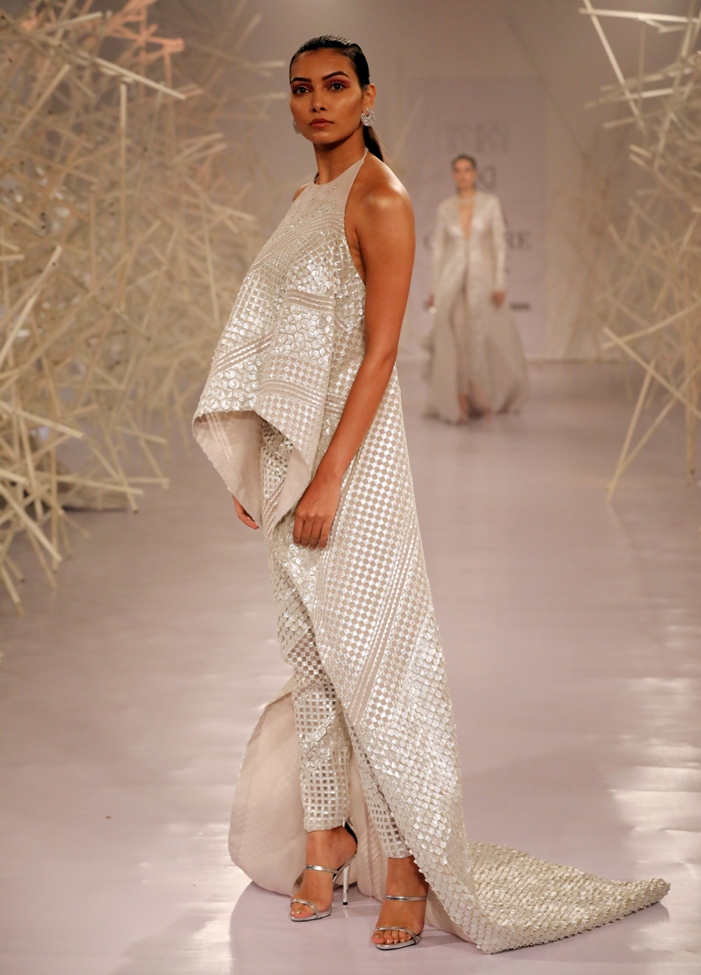 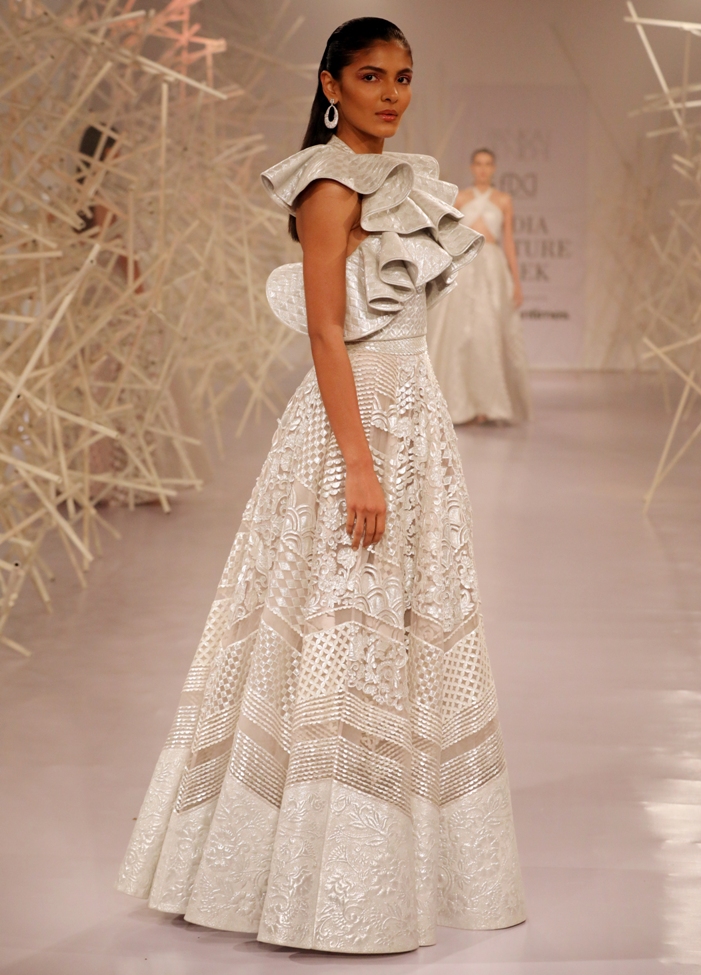 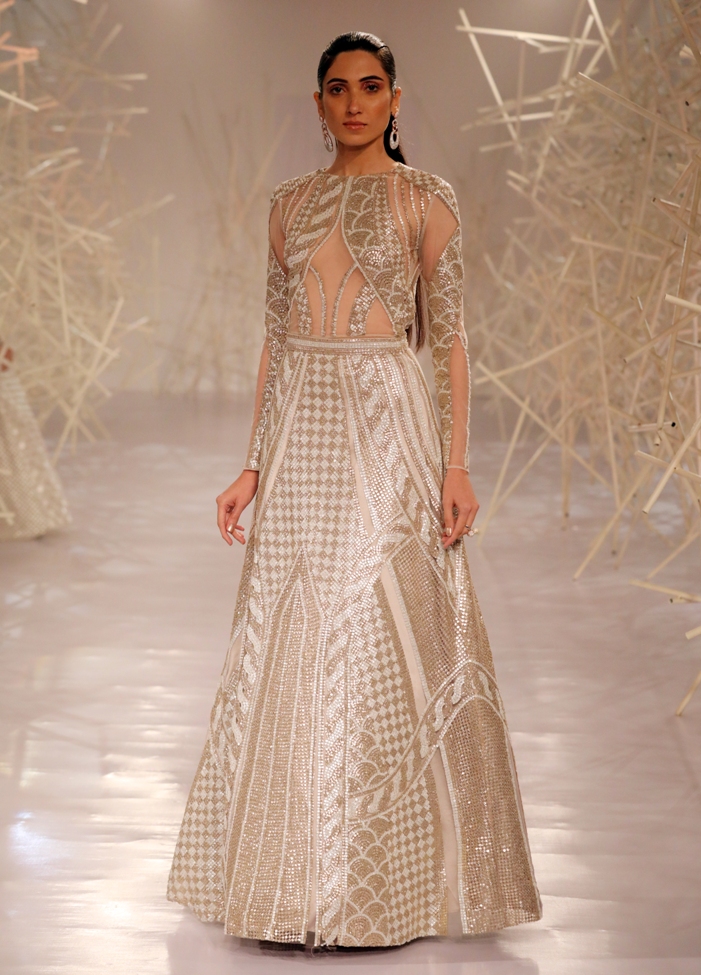 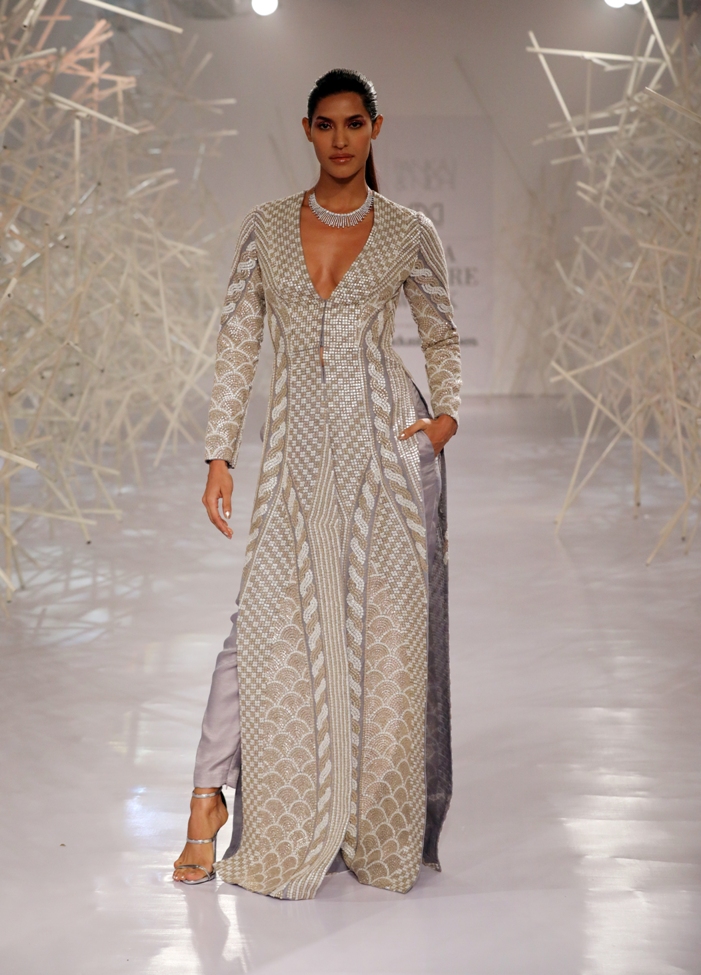 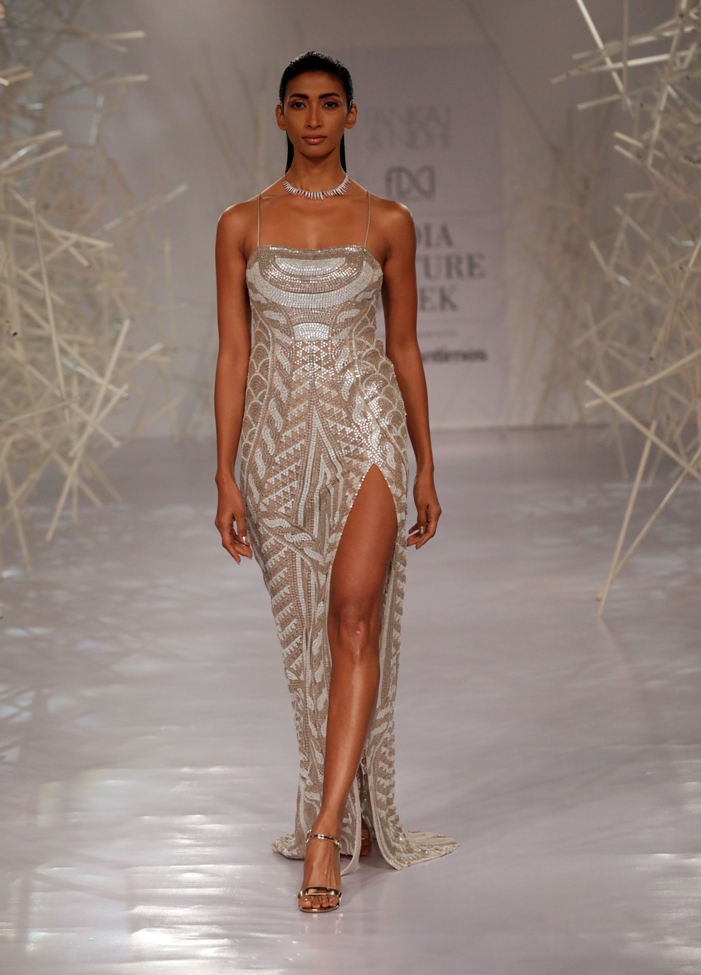 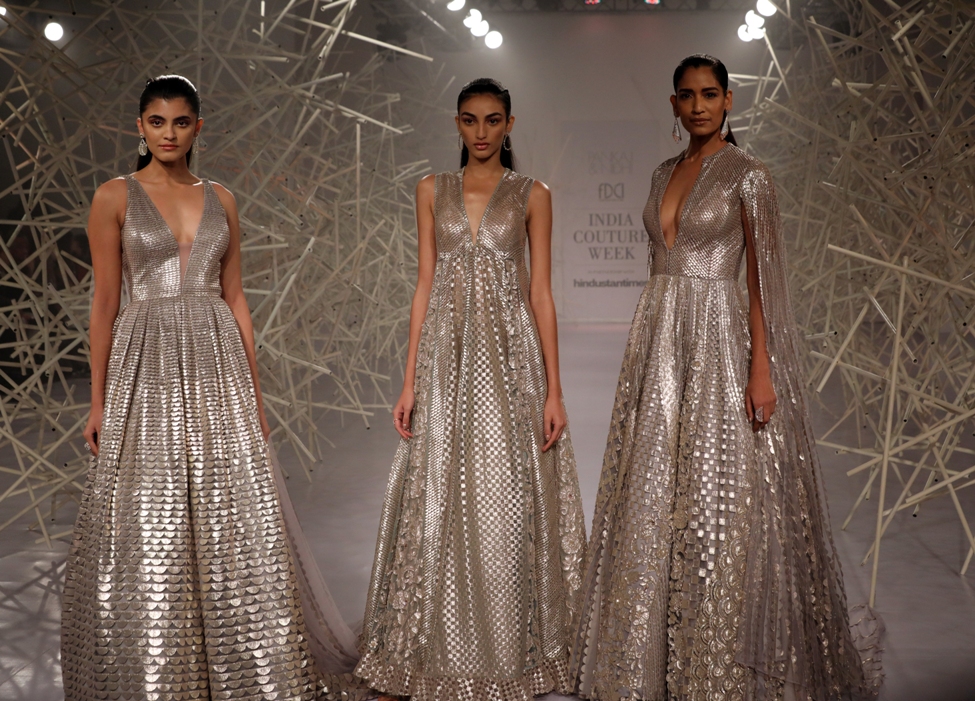 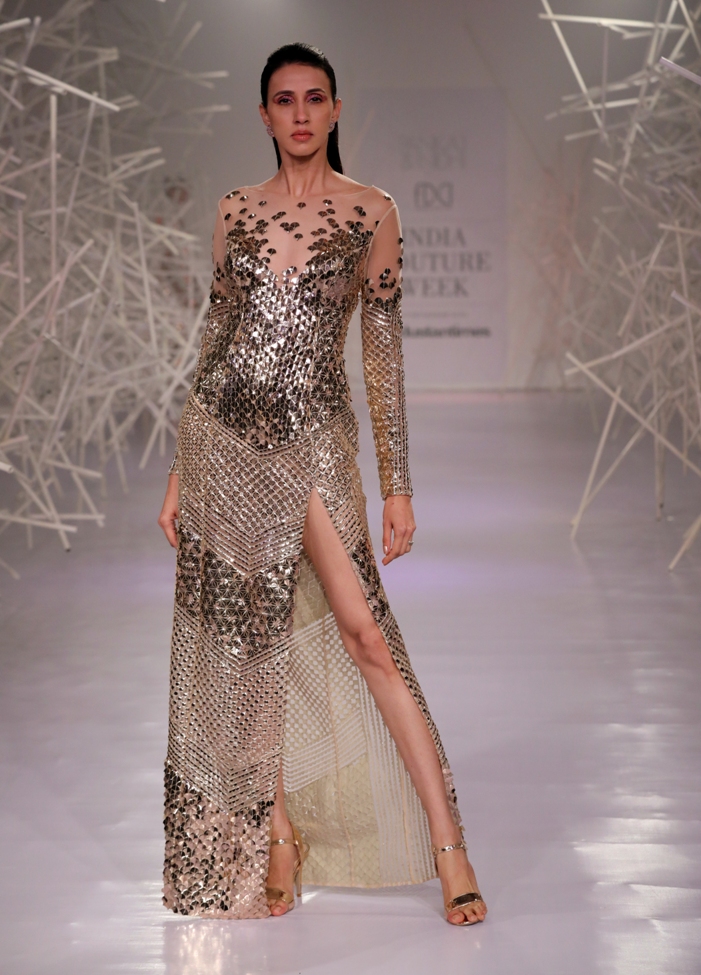 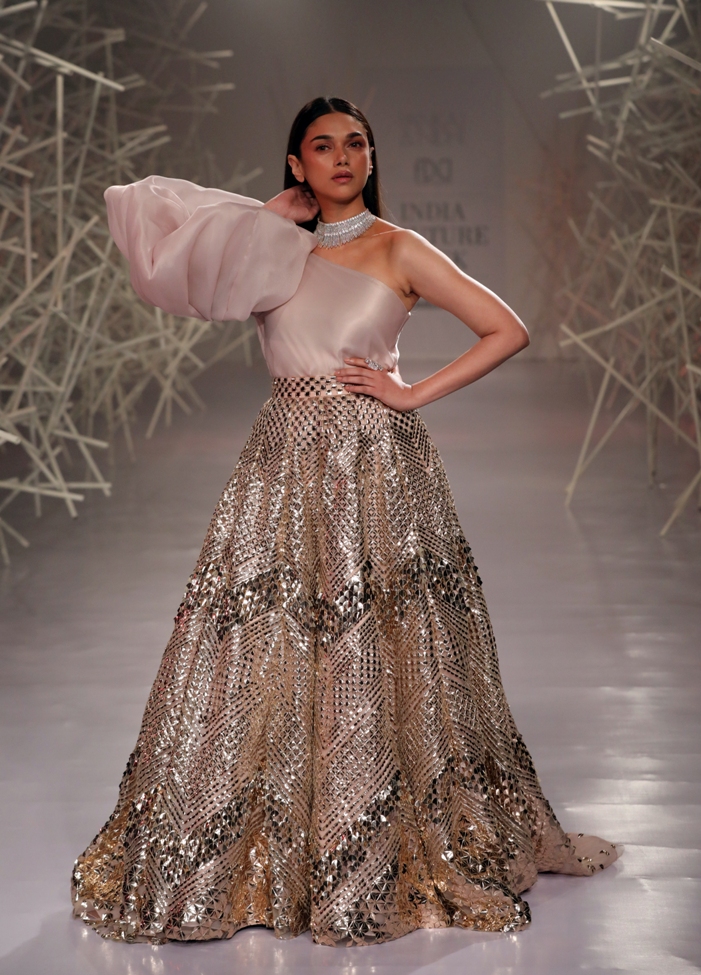 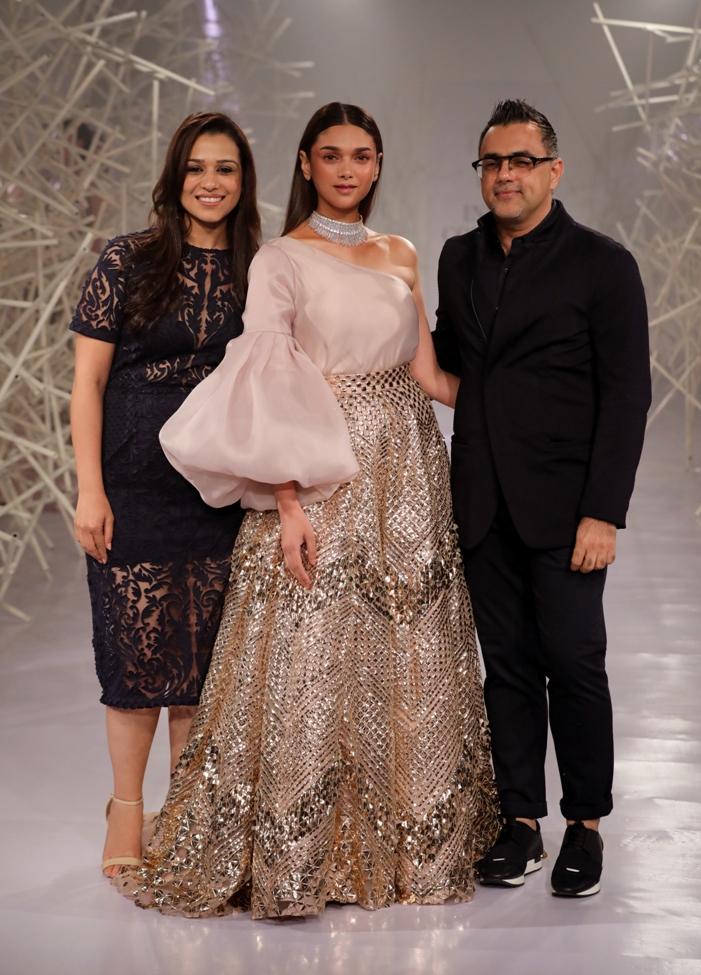