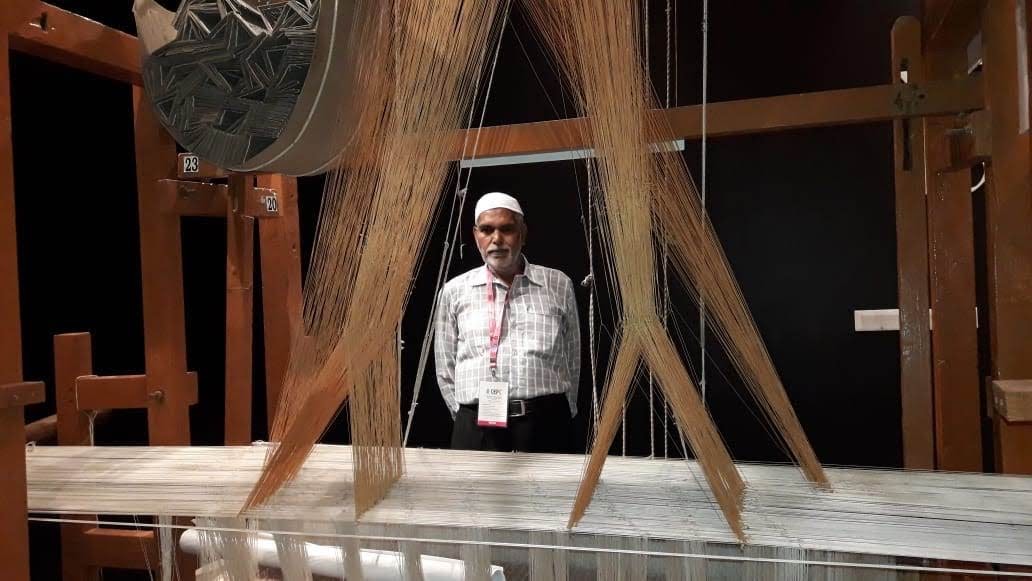 Meet Babu bhai ! A weaver of Benarasi handloom for generations, his company Prince Co. is an institution in itself.  Azeem babu aka Babu Bhai  owns approx 150 looms and manufacture benarasi sarees , yardage for many designers and high end showrooms. post lockdown, and the uncontrollable nature of pandemic the overall market hasn’t picked up yet. Babu bhai told that Eid was during lockdown, and now we are waiting for Eid-ul- Adha and Raksha Bandhan , during which the market used to flourish. But 2020 seems to not being kind enough. Except basic utilities, pharma, and hospitals, all sectors are bleeding for even survival. Specially handlooms. Handloom sarees , yardage, dupattas are season based market. Marriage seasons, festivals are the most positive for business. But this year has been very brutal to us till now. 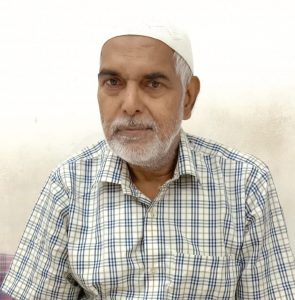 Babu Bhai further added that his stocks are piled up, whatever raw material like silk thread , which they procure from Bangalore, zari etc he had, he has used them. but now even procuring the material is in question. He has not been able to sell even 20% of his stock till now due to market slump.  Maintaining a warehouse for benarasi fabric itself is an expensive affair. Babu bhai is very much worried about his daily workers, they are in pathetic conditions. Since he is unable to meet his own expenses, he can’t give full payments to his employees. They are known as  ‘Dihari’ workers means daily wage earners. Till June Babu bhai managed somehow and could help them, but now it seems very difficult to even survive. Though government is providing them ration, but their children are now deprived from education as well as all the schools are closed and they cannot afford expensive gadgets for online classes. 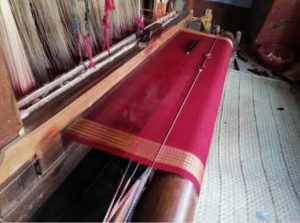 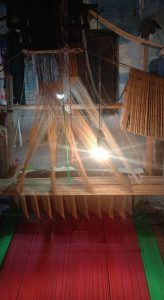 Babu Bhai shares that in 2020 Raksha bandhan and Eid-Ul-Adha hasn’t been very fruitful season either. He says that it seems that people are scared of spending, and Benarasi fabric market works on money rotation. That rotation is blocked, hence the market is giving such depressing symptoms. He wants governments to interfere so that the market picks up, otherwise the survival of his looms are in question. Hope Diwali onwards market will improve.
babu bhaiBenarasihandloomweaverweaver issues
Share